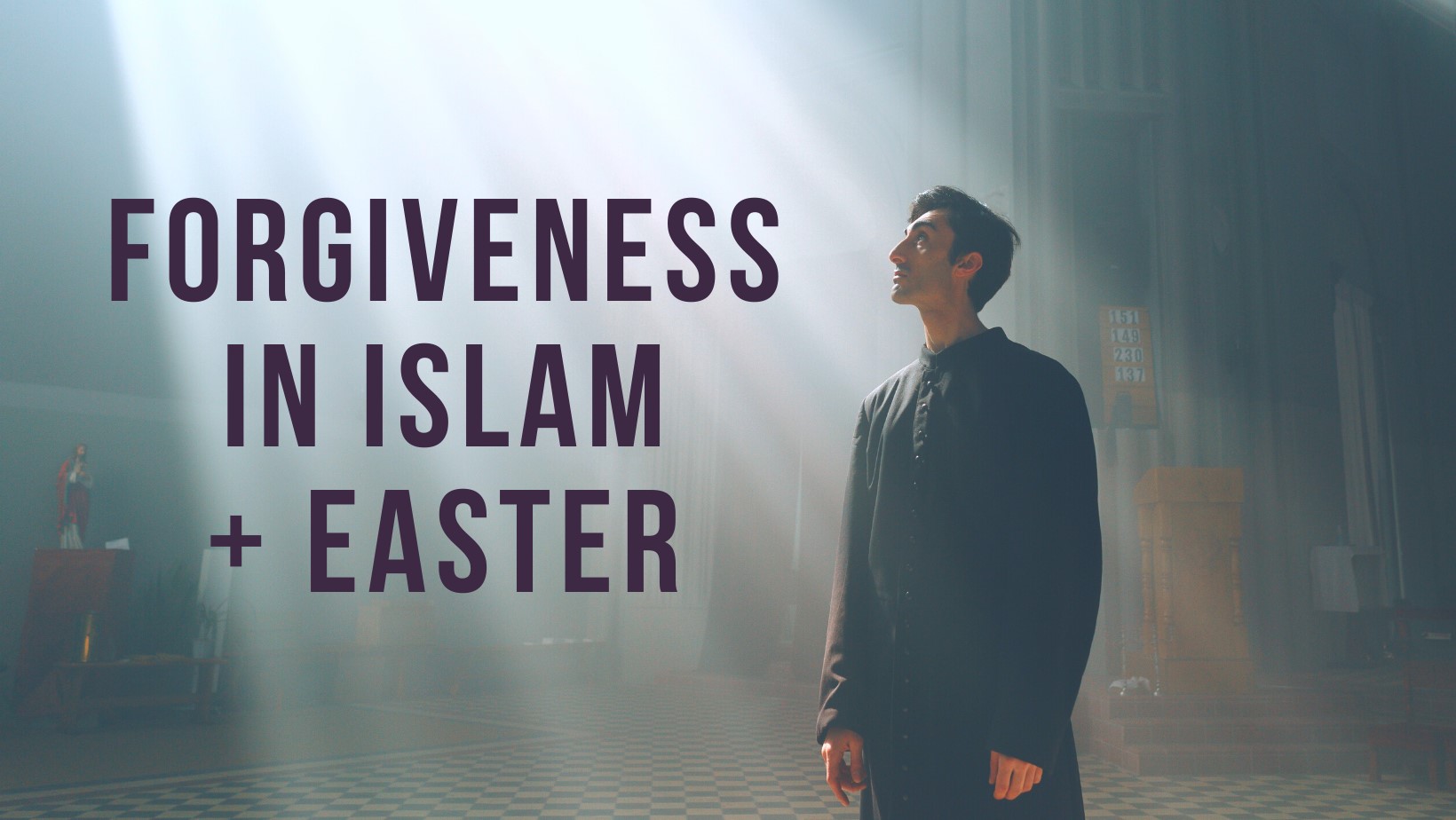 In the Easter season, we express our gratitude for Jesus, forgiving us and taking our place in the payment for our sins. Because of Jesus’s sacrifice on the cross, we are promised a home in heaven with God and have a relationship with Him eternally.

For our Muslim friends, forgiveness of sins may be earned by following the Five Pillars of Islam and living a life of full submission to Allah. Their deeds could earn them a place in heaven (also called Jannah). For us as True Christ followers, forgiveness by grace is essential for our salvation; there is no amount of work we can do to earn God’s approval.

What does Islam teach about forgiveness?

Islam teaches that only Allah can forgive sins, but it does not explain how or why Allah would forigve or not forgive a person. Asking for forgiveness is part of the content of the Muslims' daily required five prayers : "I have been unjust to myself and I confess my shortcomings so forgive Thou all my shortcomings, for none forgives the shortcomings but Thou." But they have to say it in Arabic for Allah to hear.

Muslims can also ask for forgiveness with a Dua – a personal prayer for supplication. There are particular sections of the Quran or the Hadith, Islam’s most important texts, that a Muslim is supposed to repeat multiple times when asking for forgiveness. For example:

Quran 3:16 “...[believers] who pray, “Our Lord! We have believed, so forgive our sins and protect us from the torment of the Fire.”

From the Hadith, "Glory be to You, Oh Allah, and all praise! I testify that there is no deity but You. I seek Your forgiveness and to You I do repent."

Even though the Quran talks about Allah’s forgiving nature, no Muslim is promised to have all of their sins forgiven unless they die in the act of jihad. In the end, if someone doesn’t die in jihad, they are forced to pass through or over hell where they are cleansed of their sins to enter Janna (Heaven).

What does the Bible teach about forgiveness?

Since Jesus is only considered a prophet in Islam, Muslims do not believe that Jesus has the authority to forgive sins. They believe only God has that power, and anytime that Jesus was recorded telling someone their sins are forgiven, Muslims reason that He was telling them that God had forgiven them, not Himself.

We believe that Jesus is God incarnate, and in His divinity He has the power to forgive. Our works do not play any role when it comes to salvation. The blood of Jesus cleanses us. We are forgiven and given salvation by grace.

Luke 7:47-48 “‘For this reason I say to you, her sins, which are many, have been forgiven, for she loved much; but he who is forgiven little, loves little.’ Then He said to her, ‘Your sins have been forgiven.’”

Jesus was dining at a Pharisee’s home when a woman who was known for being very sinful in the city came in. She cried over his feet, cleaning them with her hair and a very expensive perfume. The Pharisees were upset with Jesus for not rebuking the woman. Instead, he looked at the woman and told her that her sins were forgiven. 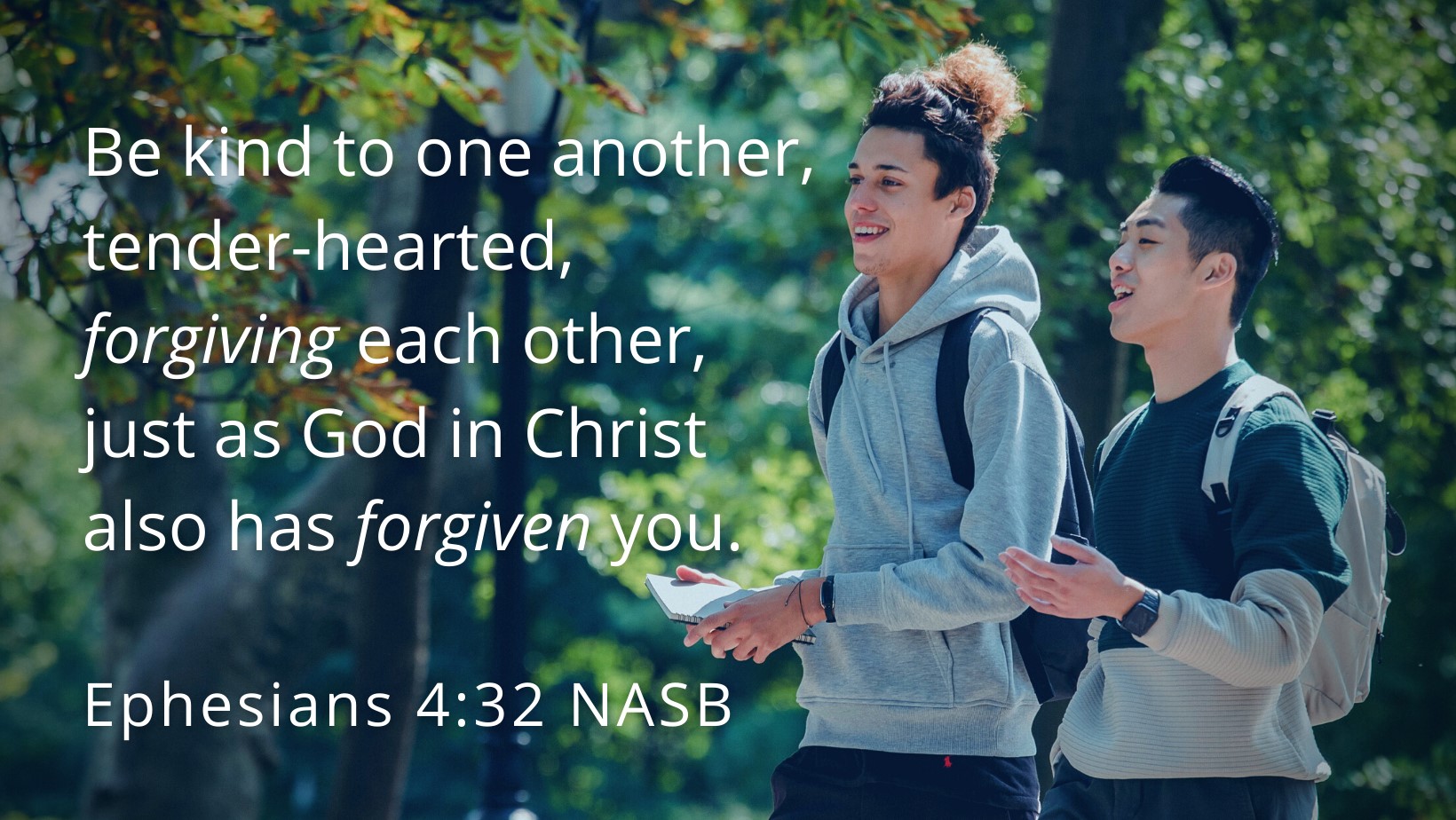 How to live a life of forgiveness

Matthew 18:21-22 “Then Peter came and said to Him, “Lord, how often shall my brother sin against me and I forgive him? Up to seven times?” Jesus said to him, “I do not say to you, up to seven times, but up to seventy times seven.”

Ephesians 4:32 “Be kind to one another, tender-hearted, forgiving each other, just as God in Christ also has forgiven you.”

We can look to Jesus’s life as an example of forgiveness. He came to earth as a man to forgive us and to restore our relationship with God. Just as Christ forgave us, we are called to forgive one another.

Forgiveness is a blessing to both the forgiven person and the forgiver – it allows there to be a relationship free of anger, where no one is holding anything over another person’s head. It is not easy to forgive someone, but with the help of the ultimate forgiver, Jesus, we can do it and love each other as brothers and sisters in Christ.

One of the best ways to witness to your Muslim friend, is to live a life that honors God, and demonstrate forgiveness in your friendship with your Muslim friend. Don’t hold on to past grudges with them, instead practice what you preach and forgive them and move on. Do the same in all your relationships too so that they can see the work of Christ in your heart.

How to talk about forgiveness with your Muslim friends

Ask your Muslim friend these questions to open up a conversation with them:

If they ask you what you believe after these questions, focus on explaining that Jesus has already forgiven all of your sins! That will be a new concept to them, and may bring them hope!

Subscribe to receive 1-2 emails a week with our newest blogs!
Next Reaching Americans who convert to Islam