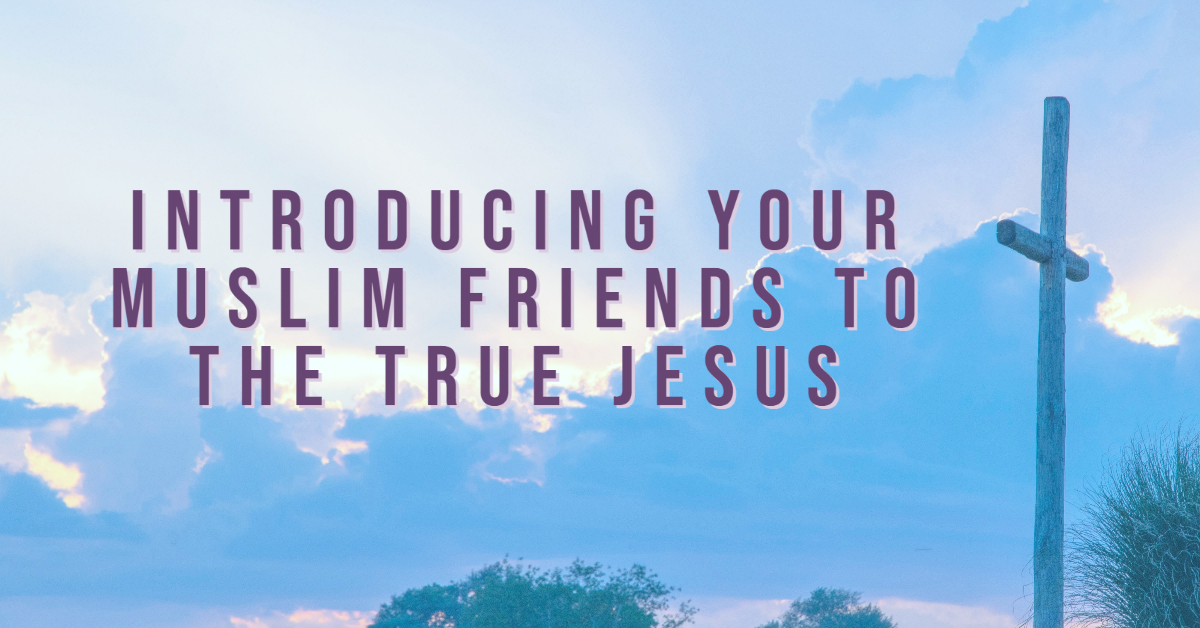 Introducing your Muslim friends to the True Jesus

One of the most common misconceptions that other religions have about Jesus is that He was “just a good person.” You’ll probably hear your Muslim friend say that Jesus was an honorable prophet or a great teacher. But did you know that the Quran has its own version of Jesus? We’ve looked at the Quranic version of the Christmas story, but what does the Quran say about Jesus within the context of His ministry on earth?

To start, Jesus is known as “Isa” in the Quran; this is the Arabic word for His name. From here on out, we will speak about Jesus and Isa as two different people, because Isa is not an accurate representation of who Jesus is.

There are three main beliefs that separate Jesus from Isa: divinity, crucifixion, and origin.

Divinity- The Quran says that Isa was a mere human being, a prophet sent with a message to his people (Quran 4:171).

Crucifixion- Islam teaches that Isa was never crucified; Allah rescued him and replaced him with a man that resembled him to be crucified in his place (substitution theory) (Quran 4:157).

There are many biblical and historical references that testify to the crucifixion and the death of Jesus. Jesus died on the cross, and He was seen by hundreds of witnesses afterwards to attest to His resurrection (Mark 15:22-31, 1 Corinthians 15:3-8).

Origin- The Quran says that Isa is a created human. His origin is compared to that of Adam; they were both created from dust and ordered to "Be" (Quran 3:59).

Jesus is eternal; He has no beginning. The disciple John refers to Jesus as the Word, saying that in the beginning the Word was with God and that He was one with God (John 1:1). Jesus’ relationship with God is described countless times in the Bible; Jesus Himself says that He and the Father “are one” (John 10:30). 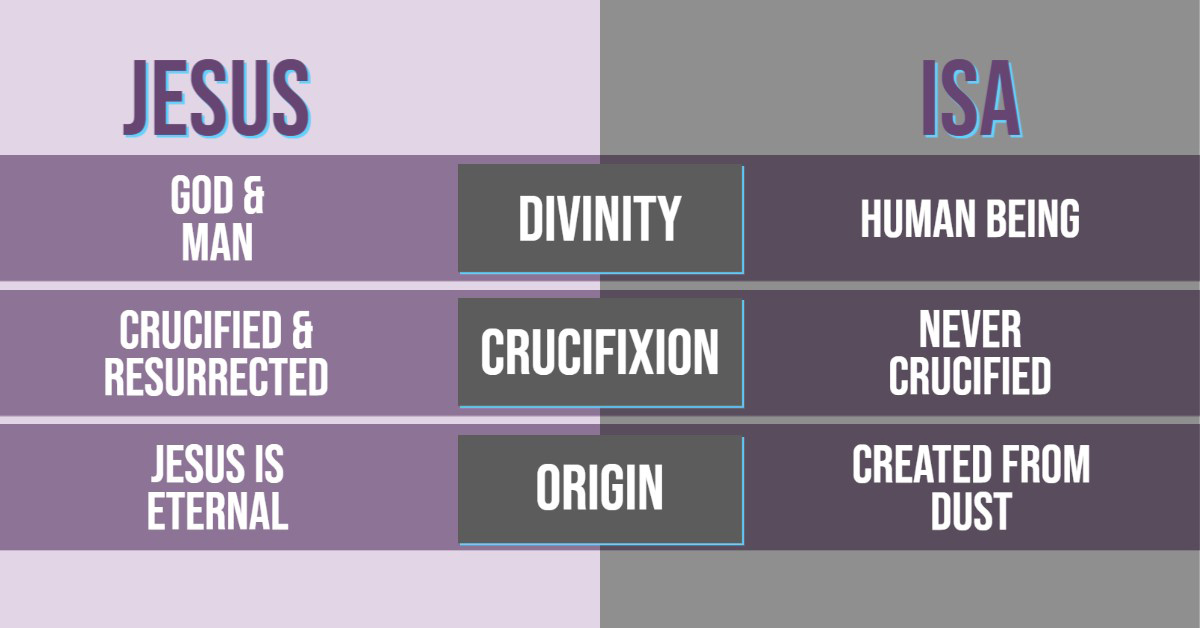 When having a conversation about Jesus with your Muslim friend, it’s great to start with the similarities. As we saw in the Quranic version of the Christmas story, the Quran does include some truth about who Jesus is in its description of Isa. For example, Isa was sinless just like Jesus. Isa performed miracles and He was born of a virgin.

The Issue with a Diluted Jesus

The Quran refuses Jesus' divinity and rejects His crucifixion. Yes, the Quran elevates Jesus, but He is a diluted Jesus! The Quran says He is not the Son of God and He was never crucified. Without Jesus’ death and resurrection, God's plan for our salvation does not exist and Jesus would only be a good teacher and messenger.

This is why we must lovingly reveal the difference between Isa and Jesus. If we can introduce our Muslim friends to the true Jesus they will have the opportunity to know His saving grace. 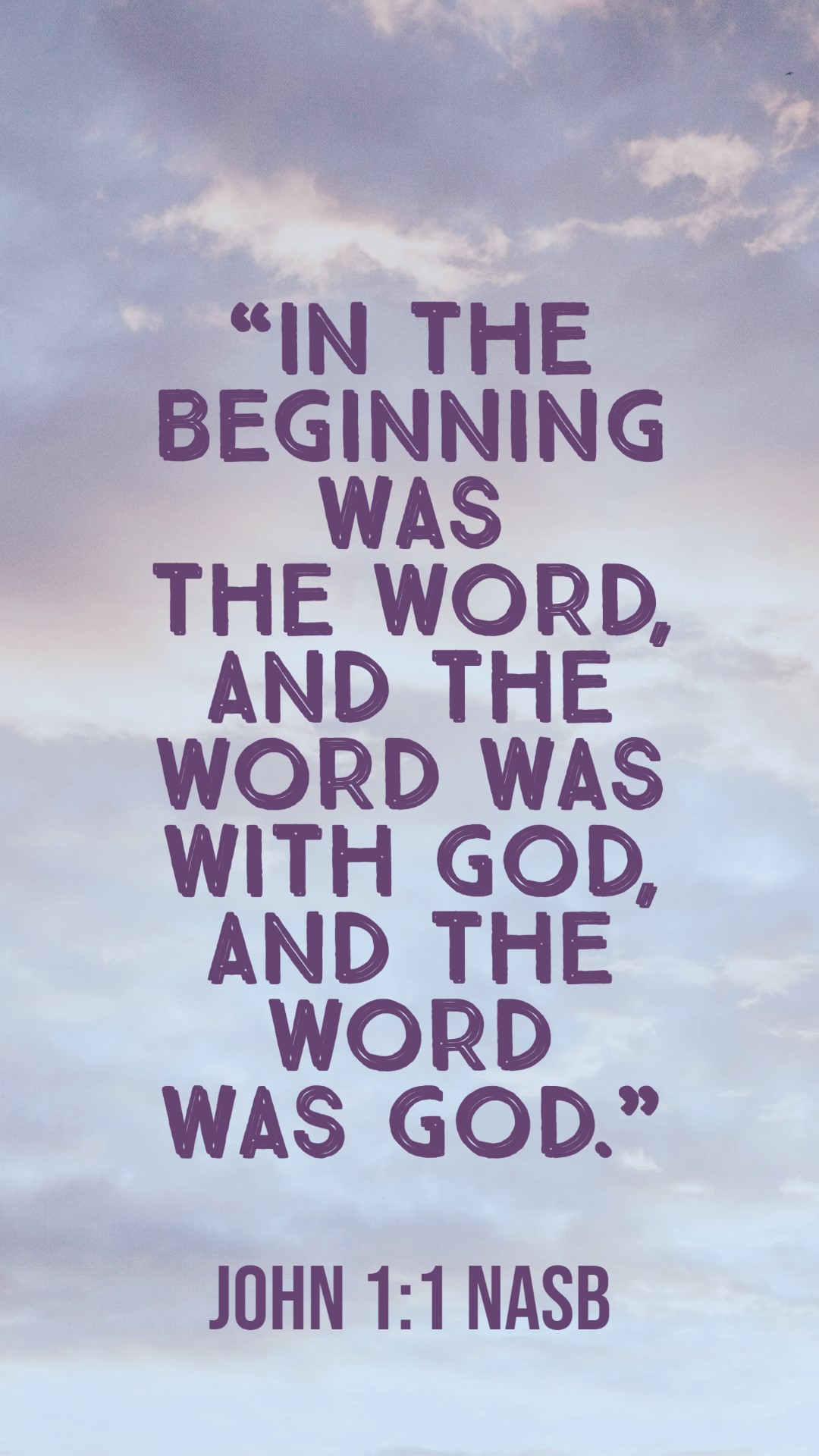 Prayer for our Muslim Friends

Lord Jesus, help me be a witness of your love to my Muslim friends. I know that the best way I can love them is by pointing them to You. Give me the right words to introduce them to who you are as you revealed Yourself in the Bible. Thank you for your cross and resurrection through which I can have a personal relationship with you! Amen.

Subscribe to receive 1-2 emails a week with our newest blogs!
Next Who was Muhammad? Everything Christians Need to Know About the Founder of Islam