Did you know that the Quran has its own version of the story of Jesus’ birth? This is a great opportunity for us to talk about Jesus with our Muslim friends, because we have this story as common ground.

However, there are some major differences between the way the Bible tells the Christmas story and the way the Quran tells it. As Christians, it is good for us to know what story our Muslim friends know about Jesus’s birth, so that when the topic comes up, we would already know what they believe.

A History of How the Christmas Story Got into the Quran
The Christmas story of Jesus according to the Quran and the Hadith is very different from what we read in the Bible. But there are some similarities that surprisingly respect Jesus, who is known as Isa, and even promote Him above any other prophet mentioned in the Quran, even Muhammad himself. The Quran is the main religious text for Islam, and the Hadith is the second most trusted source for Muslims after the Quran. 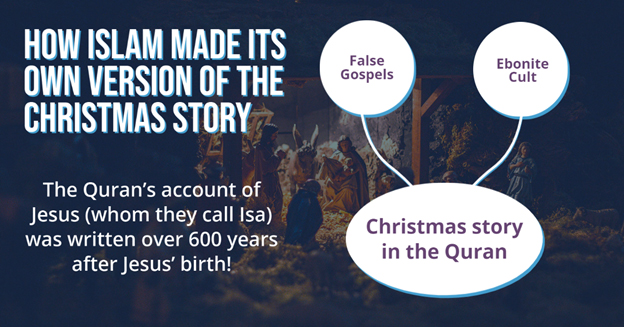 The Quran’s account of Jesus (whom they call Isa) was written over 600 years after Jesus' birth! It includes many stories drawn from non-canonical sources.  Additionally, Muhammad picked bits and pieces of the stories from the Ebonite cult Christians of his time. They believed in a false trinity consisting of “God, Mary, and Jesus.” These misconceptions were included in both the Quran and the Hadith.

The Christmas Story in the Quran

Here are the true parts of the Christmas story in the Quran:

The Quran never mentions where exactly Isa was born, but most Muslims would accept that Jesus was born in the town of Bethlehem. Here is the Quranic version of the Christmas story:

The Quran described Maryam as a truthful young woman who was sinless by Allah’s protection; purified, and chosen; the angels spoke to her and purified her. She was obedient, therefore, she was a sign of Allah for the world (Surah 3:35-44; 19:16; 21:91; 66:12). While still a virgin (Surah 6:12), an angel appeared to her when she had hidden herself behind a curtain. The angel told her that she would bear a pure boy by the power of Allah and that he would be called the Messiah, Isa, son of Maryam (Surah 19:17, 19). He will be sinless, a word of Allah, and his Spirit. Maryam was obligated to conceal her pregnancy because she was not married to a man (Surah 19:20).

Isa’s Birth
As her time to deliver came near, Maryam went eastward to an unpopulated area and there, alone in a desolate place, (Surah 19:16, 22) under a palm tree, she gave birth to Isa. (Surah 19:22) While giving birth, she almost died from hunger and thirst, (Surah 19:23) but the baby Isa, called out to her from beneath her and said: "Grieve not; surely your Lord made a stream to flow beneath you; And shake towards you the trunk of the palm-tree; it will drop on you fresh ripe dates: So eat and drink and refresh the eye” (Surah 19:20-27; 3:46).Isa’s Infanthood
The people in Maryam’s village would rebuke her for having a child out of wedlock (Surah 19:25- 28) but she did not answer, she only pointed to the child. Then infant Isa spoke to the people and told them who he truly was in order to protect his mother from false accusations. He said: "Surely I am a servant of Allah; He has given me the book and made me a prophet: And he has made me blessed wherever I may be, and He has enjoined on me prayer and charity so long as I live… And peace on me on the day I was born, and on the day I die, and on the day I am raised to life" (Surah 19:27-33). Isa and his mother lived a peaceful life and they were never in need. The Quran tells that Isa performed various miracles during his life, including breathing life into clay birds, healing the blind and the lepers, and raising the dead (Surah 3:49).

The differences between the Quranic and Biblical Christmas Stories:

To begin with Mary’s early years, the Quran provides a lot more context and backstory to Mary’s family than the Bible ever shares. The only context the Bible gives us about Mary’s family is that she is related to Elizabeth, the mother of John the Baptist (Luke 1:39-45). There is no story in the Bible about Mary’s mother or her being brought up in a temple. According to the Bible, Mary was not sinless, however she was favored by God (Luke 1:30).

The story of Isa’s birth is incredibly different from the Biblical story of Jesus’ birth. Instead of going and giving birth under a palm tree, Mary gives birth to Jesus in a stable. She is with her betrothed Joseph, who is not mentioned in the Quran, and they are in Bethlehem for the Roman census. There was no room for them to stay in an inn, so they must stay the night in a barn and baby Jesus is born among dirty barnyard animals. There is also the included story of lowly shepherds and rich Magis coming to visit the child, but no story of Him speaking to Mary (Luke 2).

Jesus’ earliest words recorded in the Bible are when He is twelve years old and stated in the Temple when his family went to Jerusalem for Passover. Mary and Joseph have no idea where He is, and when they find Him, He says, “Why is it that you were looking for Me? Did you not know that I had to be in My Father’s house?” (Luke 2:49)

How to talk about this with your Muslim friends:

Christmas is a great opportunity to talk about Jesus with your Muslim friends, because they already believe in Him! Introducing them to the true story and character of Jesus will change the way they view Him. Here are some great conversation starters to talk about the Christmas story:


Of course, never approach these conversations from a place of judgment or trying to prove why you are right. Your focus should be on sharing the true character of Jesus and how His love has changed your heart and life. Cover yourself and your Muslim friend with prayer, and be open to where the Spirit leads your conversation. 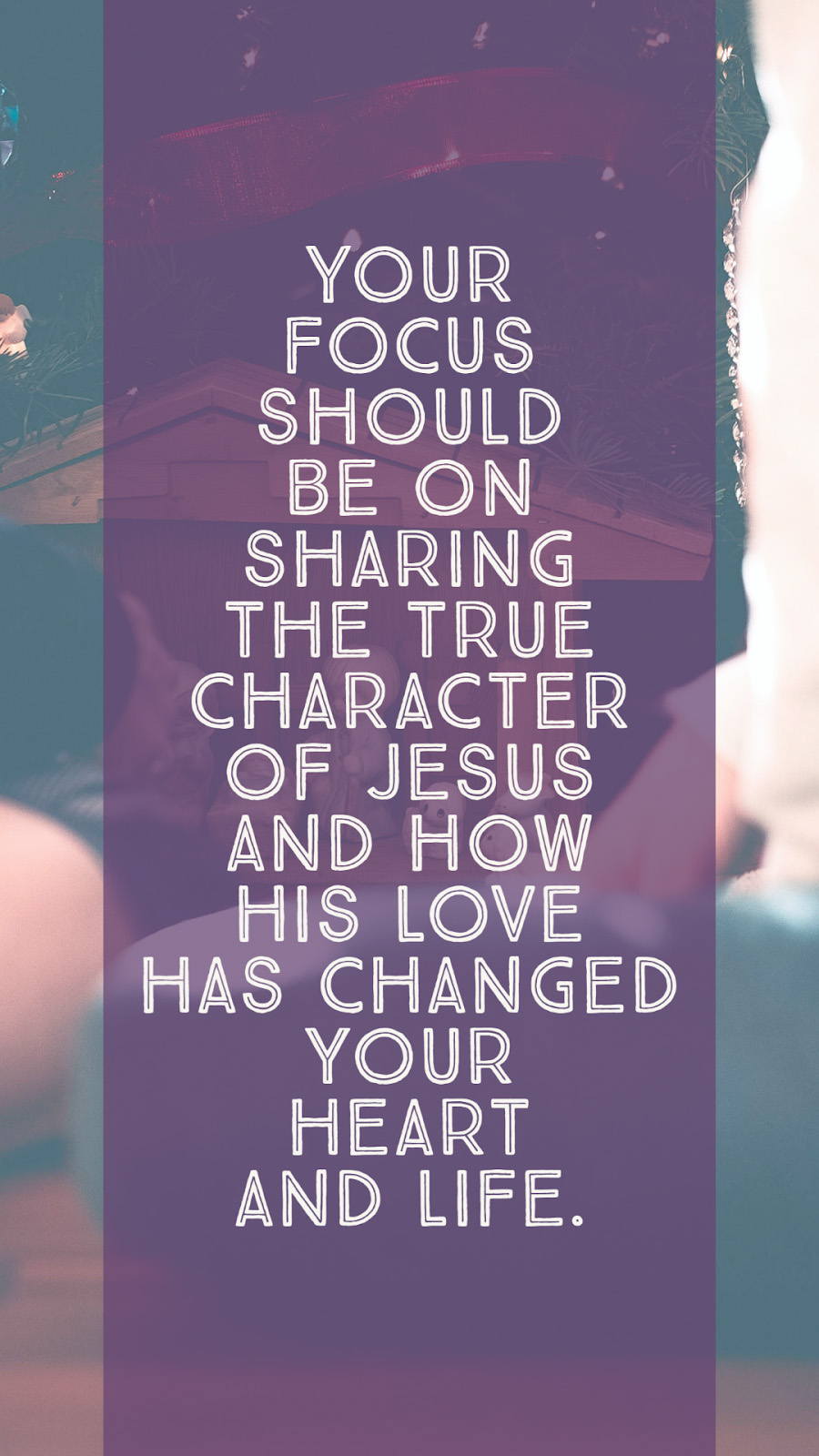 Christmas Jesus in the Quran Evangelism

Subscribe to receive 1-2 emails a week with our newest blogs!
Next Our Favorite Stories from the Past 20 Years