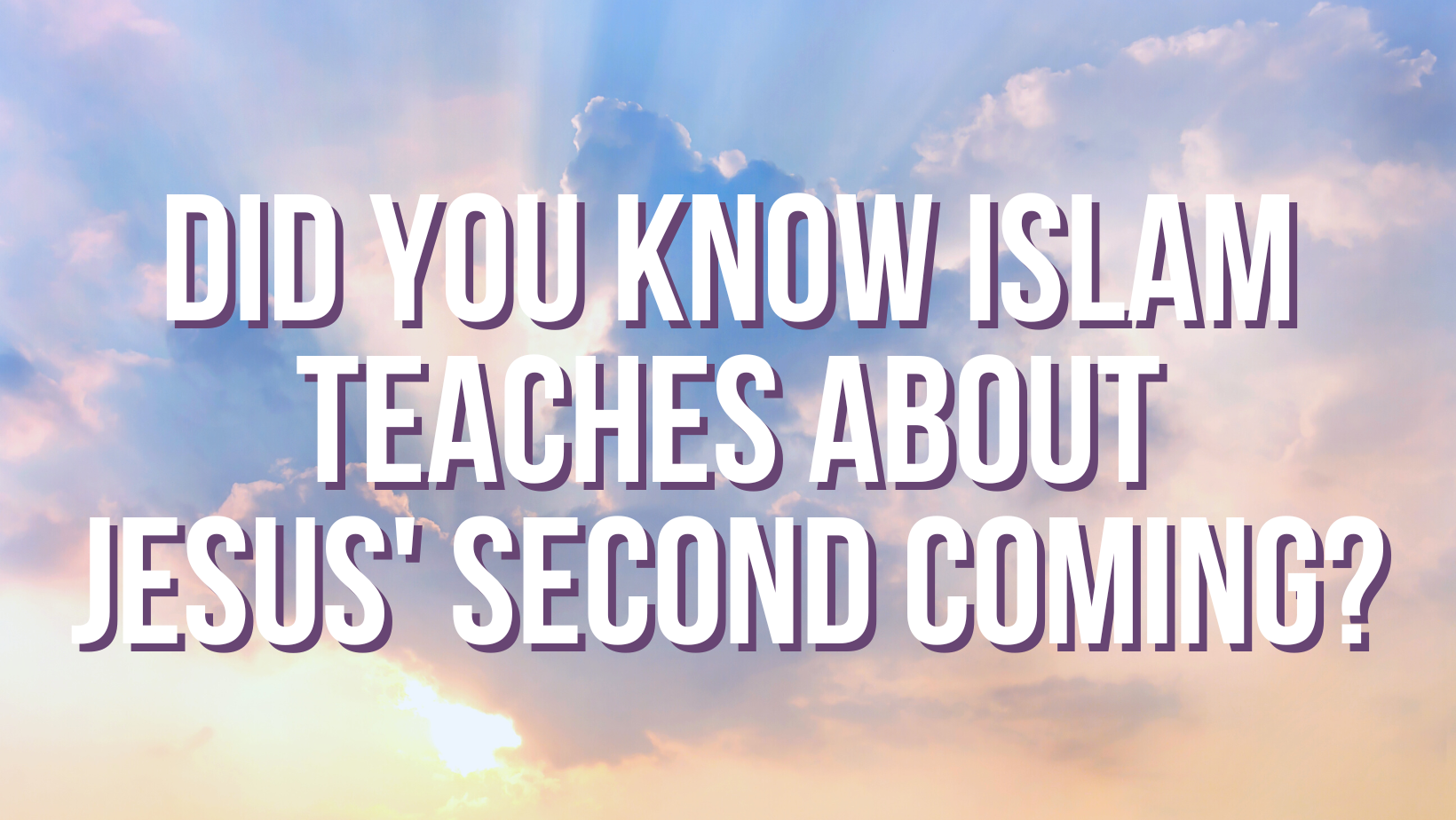 Did you know Islam teaches about Jesus' second coming?

It is no secret that the teachings of Christianity and Islam are in direct conflict with each other, but most Muslims believe that we all worship the same God. They also believe both religions, along with Judaism, are a direct continuation of each other: Judaism to Christianity, Christianity to Islam. One of the most surprising things for Christians to learn while studying Islam is finding out that the Quran talks about Jesus! Muslims believe that Jesus is one of their beloved prophets, whom they call Isa.

Islam dilutes Jesus’ character in the Quran, but Isa is still sinless and a miracle-worker. They believe that Isa is coming back to judge the world, but Islam teaches that Isa’s second coming is going to look very different from what the Bible says.

What does Islam say about Jesus coming back?

It’s important to remember, Muslims do not believe that Isa died on the cross and rose again. Instead, they believe that Allah took Isa to heaven and replaced him with a body double who died in his place. Muslims believe that Isa will return to judge the world.

According to the Hadith, Isa will return as a Muslim ruler, he will correct the misconceptions that Christians and Jews have about him and then convert them to Islam. He will supposedly rule the Earth for 40 years, and then die (his first death, according to Islam), and be buried next to Muhammad.

“Every one of the People of the Book will definitely believe in him before his death. And on the Day of Judgment Jesus will be a witness against them.” Quran 4:159

“By Him in Whose hand is my life, the son of Mary (peace be upon him) will soon descend among you as a just judge. He will break crosses, kill the swine and abolish the poll-tax, and wealth will pour forth to such an extent that no one will accept it.” (Sahih al-Bukhari (2222) and Sahih Muslim (155))

Later, when the Day of Judgment comes, many Muslims who fully submitted to Allah will receive rewards and enter Paradise:

“​​Golden trays and cups will be passed around to them. There will be whatever the souls desire and the eyes delight in. And you will be there forever.” Quran 43:71

Why did Muhammad include Jesus as a prophet of Islam?

Muhammad wanted to be accepted by the Christians and Jews as one of their prophets. To do this, he claimed to have a special relationship with Isa, as seen in these hadiths:

“The Prophets are paternal brothers; their mothers are different, but their religion is one. I, more than any other person, have more right to Isa, son of Maryam, in this world and the next, for there was no Prophet between me and him.” Hadith Bukhari #3442-3443, Sahih Muslim #2365

Muhammad agreed with the Christians of his day and said that Jesus is coming back to judge the world, but he twisted this by saying Jesus would be a Muslim. This way, Islam was presented as a continuation of Judaism and Christianity instead of its competitor. Muhammad also included other Old Testament figures, such as Moses and Abraham, to try to intertwine his religion with the Bible; you can learn more about Islam’s prophets in our blog, Why do Muslims say “Peace be upon Him”? A look at Islam’s prophets.

What does the Bible say about Jesus’ second coming?

According to the Bible’s prophecies, Jesus will take all of the believers up into heaven to be with Him. This is called The Rapture. The believers who have died will be raised from the dead first, and then believers who are alive will join and ascend to be with Christ.

The physical return of Jesus to this world as a Judge will happen later and is extremely different than how Islam describes it. You can read about it in detail in the Book of Revelation. At one point, every creature will bow before Jesus from every language, race, and tribe; this does not mean all will believe in Jesus as their Lord, but Jesus will reign both on Earth and in heaven.

“For the Lord Himself will descend from heaven with a shout, with the voice of the archangel and with the trumpet of God, and the dead in Christ will rise first. Then we who are alive and remain will be caught up together with them in the clouds to meet the Lord in the air, and so we shall always be with the Lord.” 1 Thessalonians 4:16-17

Meaningful conversations in the waiting

We should not be passive while we wait for Jesus’ second coming. Instead, let’s stay active in our faith and expand the Kingdom of God so that as many people as possible will join us in Heaven. We can do this by engaging our Muslim friends in conversations about their faith and introducing them to Christ through our words and actions.

“Therefore, prepare your minds for action, keep sober in spirit, fix your hope completely on the grace to be brought to you at the revelation of Jesus Christ.” 1 Peter 1:13

Your Muslim friend truly believes that they are in the right when it comes to the truth about Jesus. They believe that Muhammad’s word is practically infallible, and even though Jesus was perfect, they honor Muhammad above Jesus. It is important to approach them on this topic and focus on Jesus and the truth about who He is. Don’t try to disprove Muhammad, because they hold him in high esteem and will be offended.

Ask your Muslim friend these questions to start the conversation:

Pray for your Muslim friend before discussing this with them! Ask the Lord to open up their heart to hear the truth about Jesus and who He is.

Subscribe to receive 1-2 emails a week with our newest blogs!
Next How Islam uses Arabic to hide the truth