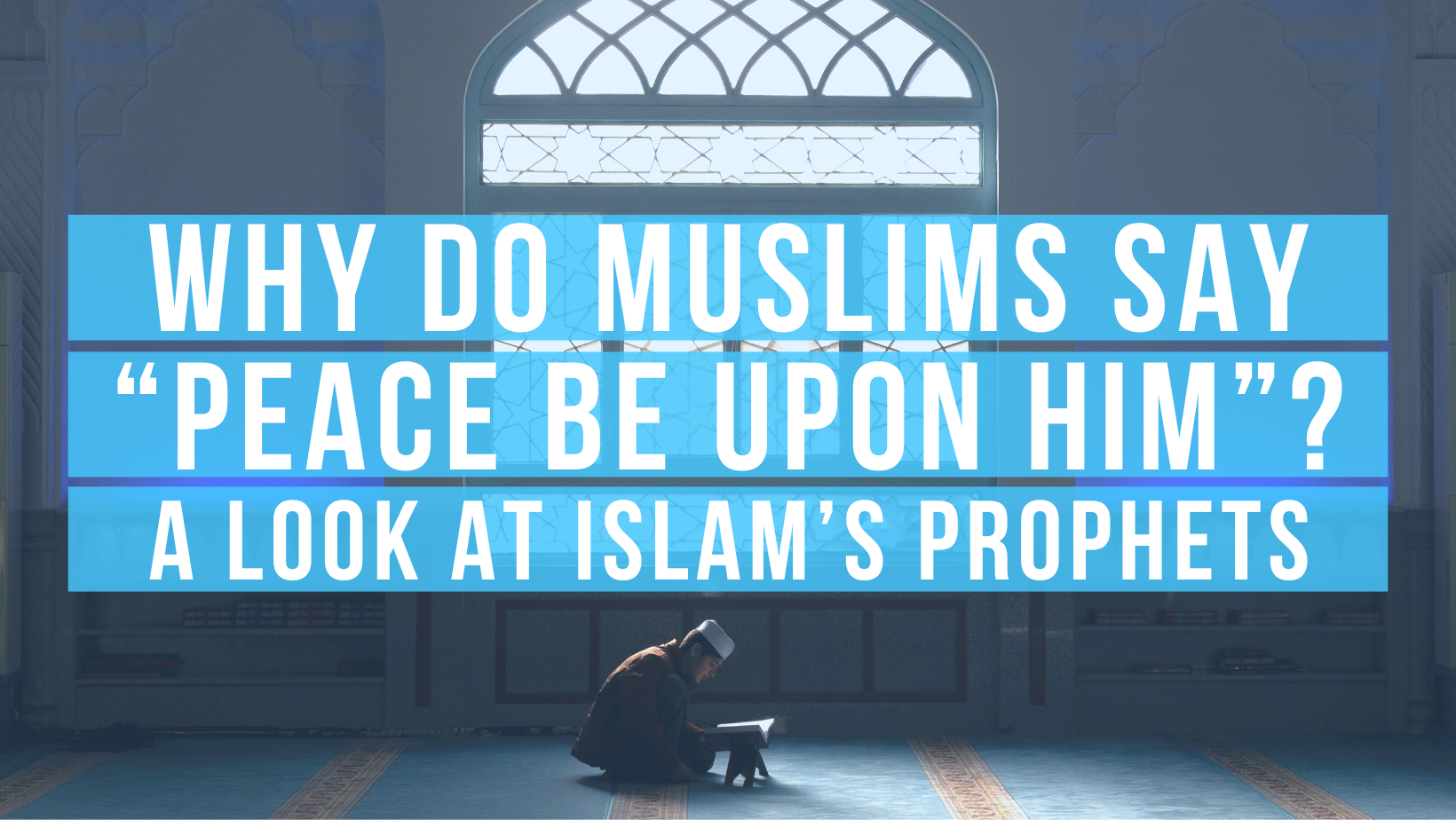 Why do Muslims say “Peace be upon Him”? A look at Islam’s prophets

Have you ever heard your Muslim friend say the phrase “Peace be upon him” after saying Muhammad’s name? Have you ever wondered why they say it?

All Muslims try to follow Muhammad’s example and copy as much of his life as they can, because they consider him second to Allah and the most revered prophet. Let’s look at all of the prophets of Islam together.

Muslims believe that Allah has spoken through many prophets, such as Noah,

Abraham, Moses, and Jesus. However, Muhammad was the last and most important in a long line of prophets who were tasked with giving their people revelations from Allah. According to Islam, there are two classes of prophets: “rasul” and “nabi.” A rasul, or messenger, is a law-bringing prophet, given a major new revelation and called to communicate what Allah sends to his people. A nabi, or prophet, is also one whom Allah speaks to, but his mission lies within the framework of an existing religion. According to Islam, no prophet/messenger will come after Muhammad. In the present time, Allah sanctions Imams to guide the Muslims.

The Books "sent" by Allah through his messengers:

Your Muslim friend has been told to base their entire life off of the writings about Muhammad, what he did and said. He is pictured as a humble, meek person who wears simple clothes and helps the poor and broken wherever he goes. As Muslims go deeper in their Islamic practices, they become more connected with Muhammad to the extent of adoration. They yearn to see him in their dreams and meet him in paradise. In recent years, hundreds of Islamic songs were written dedicated to Muhammad imitating the Christian worship songs to Jesus. Sadly, most Muslims do not know the real life story of Muhammad, his cruelty towards his enemies, his lust after women, and love for political and financial gain.

And although the Quran teaches that only Isa (Jesus) was sinless (Surah 19:19), they are taught to mimic Muhammad’s life instead. There is no one in the list of prophets of Islam that compares to Jesus, but Islam tries to twist the image of Jesus into a diluted form so that Muslims do not see the truth about who He is.

How to talk to your Muslim friend about it

First, your Muslim friend will never say that they worship Muhammad, they believe worship is only left for Allah. However, we know that there is more emphasis on living like Muhammad than there is to try to live like Allah (which makes sense because Muslims claim Allah cannot be known to humans). Read more about Allah in this blog. To start a conversation about prophets in Islam, ask your Muslims friend questions like:

Subscribe to receive 1-2 emails a week with our newest blogs!
Next Settling the Debate: Is Islam a religion of peace?