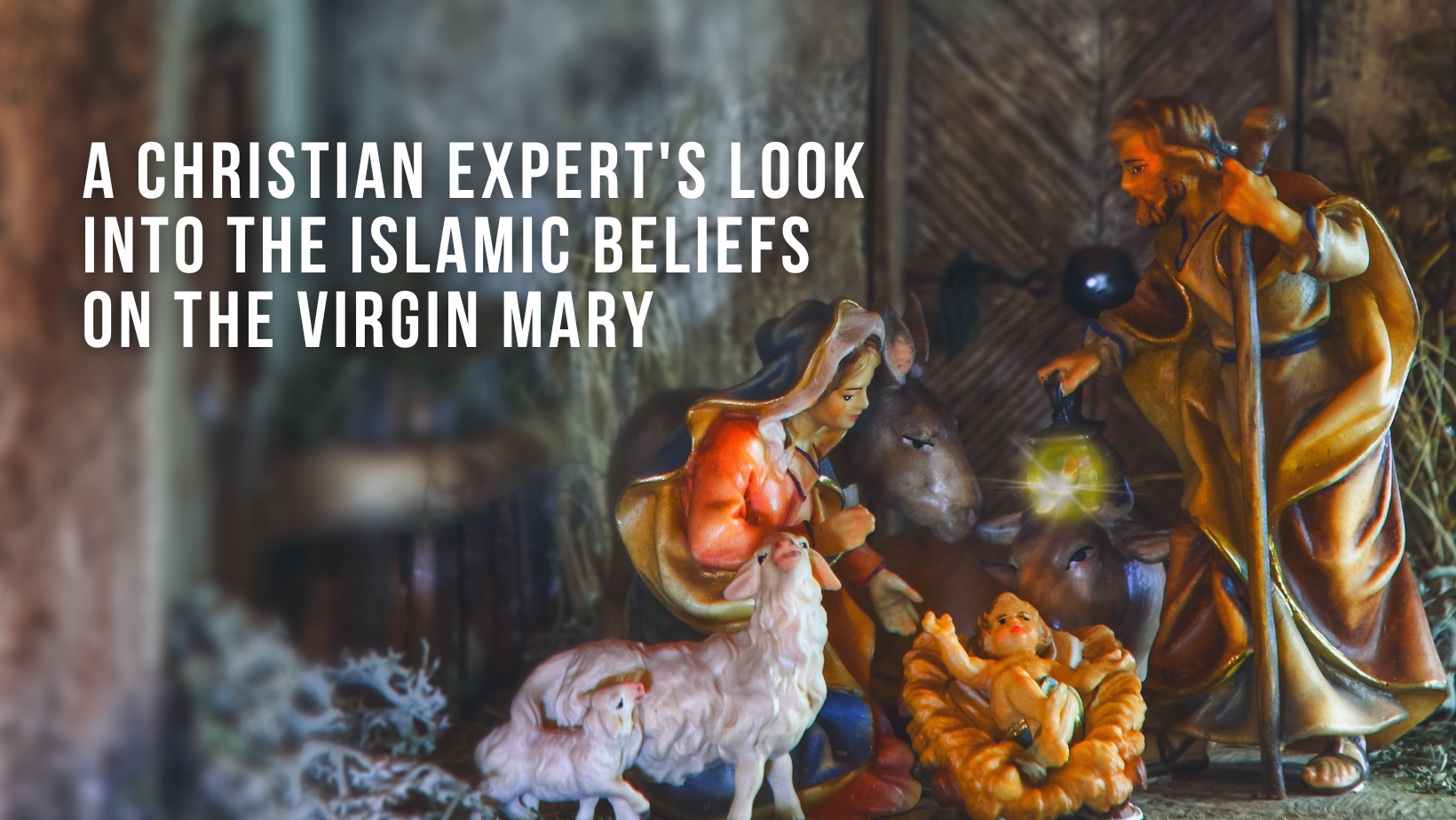 Last Christmas, we talked about how the Quran contains its own version of the Christmas story and how this can be used as common ground for talking to Muslims about our faith. In previous posts, we’ve also talked about Islam’s version of Jesus, called Isa, and how to address the crucial differences between the real person of Jesus and the distorted version in Islam with your Muslim friend. You can start reading more about that in our post, Introducing your Muslim friend to the true Jesus.

Right now, we are going to look at another person who is mentioned both in the Bible and the Quran: Mary, the mother of Jesus. After we discover the importance of this discussion, we will look at what the Quran teaches about Mary, what the Bible tells us, and then learn how to approach this topic with your Muslim friend.

Why this is important to talk about

When speaking specifically about Mary, the mother of Jesus, there are several reasons why this topic can be useful:

What the Quran tells Muslims about Maryam, the mother of Isa

There are many details in both the Quran and the Hadith about Maryam’s life but there is not even one credible historical source about these claimed events. The Quran teaches that Maryam’s mother vowed the child in her womb would be devoted to the service of the temple; Maryam’s mother assumed it was a male child. When Maryam was born a girl, her mother was disappointed, but she brought her to the temple and handed her over to the priests, just as she had vowed. The priests of the temple cast lots to see who would have custody of Maryam, and the responsibility fell to Zakariyya. Zakariyaa, the father of Yahya (John the Baptist in the Quran) became Maryam’s guardian (Surah 3).

Maryam grew up in the temple, and when she reached puberty, Zakariyya made a partition to protect her from men’s eyes. She would worship Allah behind the partition (Surah 19), and only Zakariyaa was allowed behind it. The Quran says that whenever Zakariyya entered the sanctuary to see Maryam, he found her with food; when he would ask her where it came from, she would tell him, “It is from Allah, and surely Allah gives sustenance to whom He pleases, without measure” (Surah 3:37).

An angel appeared to Maryam one day and told her that she would bear a pure boy by the power of Allah and that he would be called the Messiah, Isa, son of Maryam (Surah 19:17, 19). Maryam was still a virgin, so she was forced to hide her pregnancy since she was not married (Surah 19).

According to the Quran, Maryam gave birth to Isa alone, under a palm tree. She was dying of hunger and thirst, and then her newborn baby spoke out to her and provided fresh food and water (Surah 19). When Maryam returned home with her child, the people of her town began to verbally berate her, to which she responded by motioning to the infant Isa. Isa spoke up for his mother to protect her, telling the people who he was (Surah 19). According to the Quran, Maryam lived the rest of her life peacefully. There is no mention of Joseph in the Quran, and Maryam never married.

What the Bible tells us about Mary

Looking at the order of events in the Quran’s story, we will try to go in the same order as we look at what the Bible tells us about Mary.

To begin with Mary’s early years, the Quran provides a lot more context and backstory to Mary’s family than the Bible ever shares. As we mentioned, there is no historical proof of the Quran’s account of Mary’s family or life. The only context the Bible gives us about Mary’s family is in Luke Chapter 1, through the genealogy of Jesus, that she is from the tribe of Judah and is related to Elizabeth, the mother of John the Baptist (Luke 1:39-45). There is no canonical story in the Bible about Mary’s mother or her being brought up in a temple. According to the Bible, Mary was not sinless like the Quran says, however she was favored by God (Luke 1:30). The only person in the Bible who is sinless is Jesus.

When we first meet Mary in the Bible, we learn that she is engaged to Joseph (Matthew 1) and that she is a virgin (Luke 1). We see in her response to the angel of God that she is filled with humility and trust in God when she says, “May it be done to me according to your word” (Luke 1:37). In Luke 2, we learn that Mary stored up what was said and done around Jesus’ birth in her heart, and because of the direct quotes and details in the book of Luke, some people believe that Mary was one of Luke’s sources when he wrote that Gospel. For example, Luke chapter 1 records Mary’s monologue about what the Lord was doing in her life and how she saw His plan unfolding as she spoke to her cousin Elizabeth. We also see what Elizabeth said the moment she saw Mary and how the baby within her (John the Baptist) “leapt in her womb” at the sight of Jesus’ mother (Luke 1:39-45).

Talking about the mother of Jesus with your Muslim friend

There are many things to consider when talking to your Muslim friend about the different stories presented in the Quran and the Bible about Mary. The first factor that we can talk about is the validity of the Bible over the Quran. If you want to learn more about this topic in-depth, we suggest reading Facts you didn’t know about the sacred books of Islam. We always want to emphasize that arguing and putting down your Muslim friend’s beliefs is never going to point them to the love of Christ, so make sure to come into the conversation prayerfully and with an attitude of love and understanding.

When you are talking about Mary, sometimes it can be easy to get stuck when you and your Muslim friend disagree. If you tell them what the Bible says, and they simply say they disagree, what can you do next? We suggest asking them for details on what they believe, and then don’t be afraid to question their answers. You can ask why the Quran is a more valid source than the Bible in their eyes, even though the Bible was written chronologically closer to the time of Jesus (for resources for a conversation about this topic, read this). After you start to ask them questions, begin to present the truth to them. Do this lovingly and pray that the Lord will open their heart to hear it!

There are three main points that you should focus on sharing with your Muslim friend if you get the chance to share the true story of Jesus’ birth:

Remember not to get tangled into minute details in the story to argue about with your Muslim friend. The ultimate goal is for them to see Jesus’ uniqueness and realize that He is more than a prophet!

Dear Lord, please allow me to share the truth about what your Word says. Please open up the door for my conversations with my Muslim friend to lead into something life-changing– an encounter with You! Use me and my words however you see fit. Amen.

Subscribe to receive 1-2 emails a week with our newest blogs!
Next Who is Allah to the Muslim?