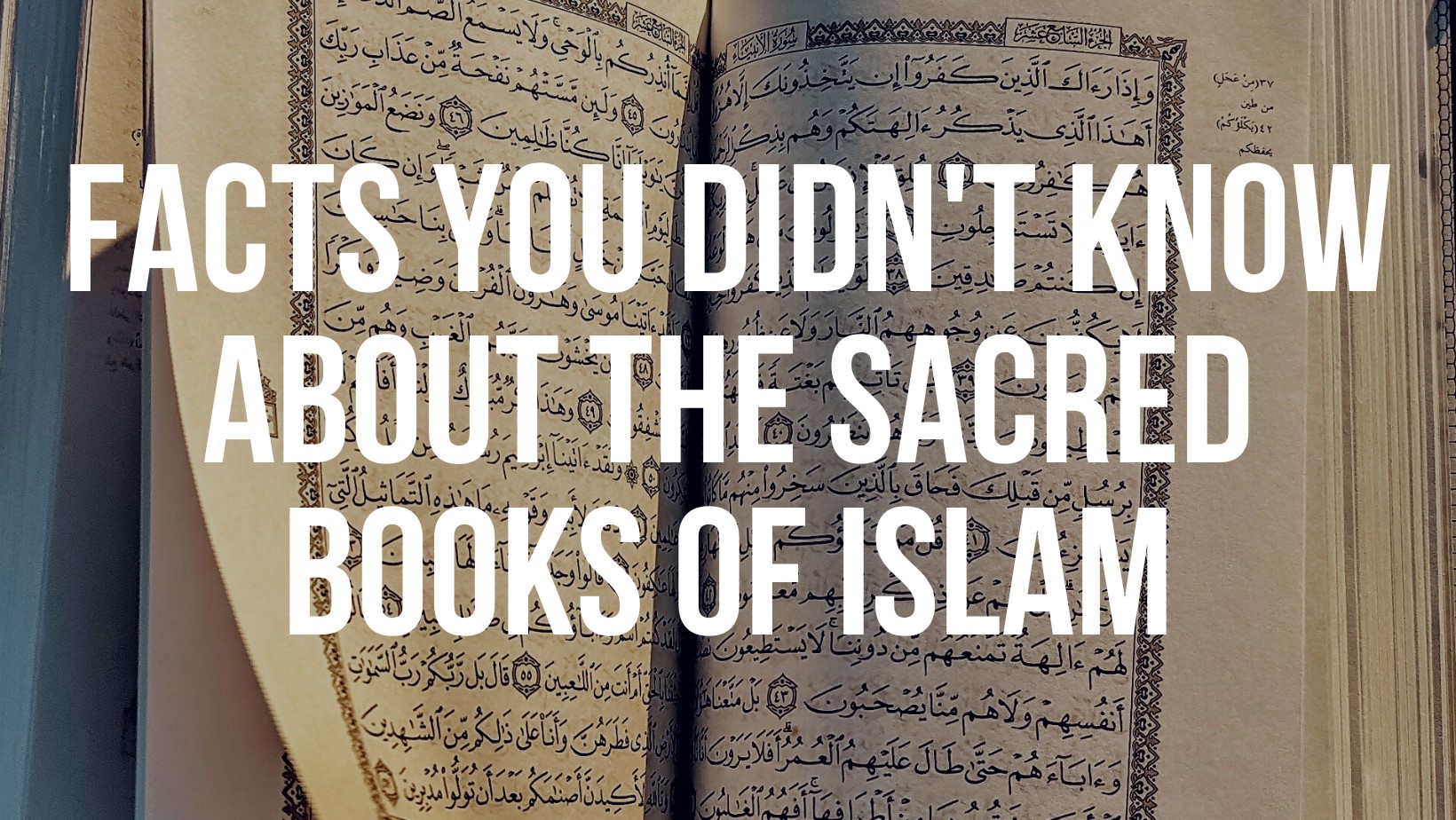 Facts you didn't know about the sacred books of Islam

If you are going to talk to your Muslim friend about their beliefs, it is important to know what books they read and base their beliefs on. The two most important texts in Islam are the Quran and the Hadith, so you should know where they come from and what they say.

The Quran - How it was written

Supposedly, Muhammad received the Quran from the angel Gabriel and from Allah over the span of 23 years. In fact, Islam began when Muhammad went on his own to a cave where they say an angel appeared to him and ordered him to recite the first verses that were later included in the Quran.

The Quran that Islam uses today was standardized by the third Khalif (the third succesor of Islam after Muhammad died). According to Hadith Al-Bukhari Vol. VI, No. 509 we learn the following things about the Qur’an:

In 650 AD, eighteen years after Muhammad died, there were many different versions of the Quran spread around the Islamic empire. The third Khalif ordered that the Quran be standardized, basing this Quran off of the copy kept by one of Muhammad’s wives. All other versions and unapproved copies were destroyed.

Islam teaches that the Quran transcends translation, which is why Muslims recite the Quran and prayers from the Quran in Arabic. Any version of the Quran that is in another language is called “The meaning of the Quran” and usually these verses are watered down so that readers around the world aren’t offended.

The Hadith is an Arabic word that means "conversations." Muslims base their entire life off of the Hadith. They try to mimic Muhammad in everything they do and say. It is also referred to when it comes to Islamic law and history.

The Hadith is the second most important source to Muslims after the Quran. It is a collection of thousands of stories about Muhammad, his wives, and his first followers that were recorded by his followers after his death to remember what his life was like. There are three categories in the Hadith: Sahih - authentic, Da’if - weak, or Mawdu - fabricated. This shows that some of the accounts are exaggerated tales while others might be true stories.

Shiites and Sunnis have different sets of the Hadith, because they have different opinions on who rightfully succeeded Muhammad as the leader of Islam.

How these compare to the Bible

Your Muslim friend has been led to believe that the Bible is corrupted, so they do not consider it an authoritative book. This simply is not the case and you can help your Muslim friend recognize the truth about the Bible's preservation throughout the centuries.

The Old Testament was preserved by scribes who dedicated their entire lives to accurately preserving the manuscripts. In fact, they put notations at the end of each major section so that scribes could make sure it stayed the same; these notations said how many paragraphs, words, and letters the scripture contained.

The New Testament has also been studied as an ancient text and has been confirmed to be accurately preserved. There are at least 4,000 Greek manuscripts from before 1200 AD and even some full manuscripts from as early as 350 AD. Some fragments from the first generation after Jesus’ death and resurrection have been found as well. In fact, there is more historical documentation for the reliability of the Gospels than there is for Napoleon’s battle at Waterloo (1815 AD), which no one calls into question!

If your Muslim friend has questions about the reliability of the Bible, we have made this PDF for you to refer them to or to read through it with them:

There were over 40 authors who wrote the different literature types in the Bible during more than 1,500 years, and yet the Bible does not have contradictions like the Quran. The Quran repeatedly contradicts itself, canceling out previous statements that Allah said. This is called abrogation, and Islam states it happened because Allah improved upon his previous commands.

It is important to remember that Islam claims Abraham was a Muslim, too. Meaning that they believe Allah is the god of the Jewish people and the same god as the biblical God. Which poses a question:

God kept a consistent message to His people for thousands of years, so why would He contradict himself so much in a 23-year span through one person, Muhammad?

How to talk about it with your Muslim friend

As always, do not come to your friend with accusations or arguments. Instead, seek out their opinions on the Quran and Hadith and find out what they know and believe about those texts. Open up the conversation with questions like:

You do not need to disprove the Quran and the Hadith. Instead, point your Muslim friend to the love that you experience when you read God’s Word.

Dear Lord, thank you for giving me a trustworthy book that I can hear your voice through. Thank you for the ways Your Spirit moves my heart when I read it. Please give me the opportunity to share Your love and Your words with my Muslim friend. Amen.

Subscribe to receive 1-2 emails a week with our newest blogs!
Next The origin of Islam’s god, Allah