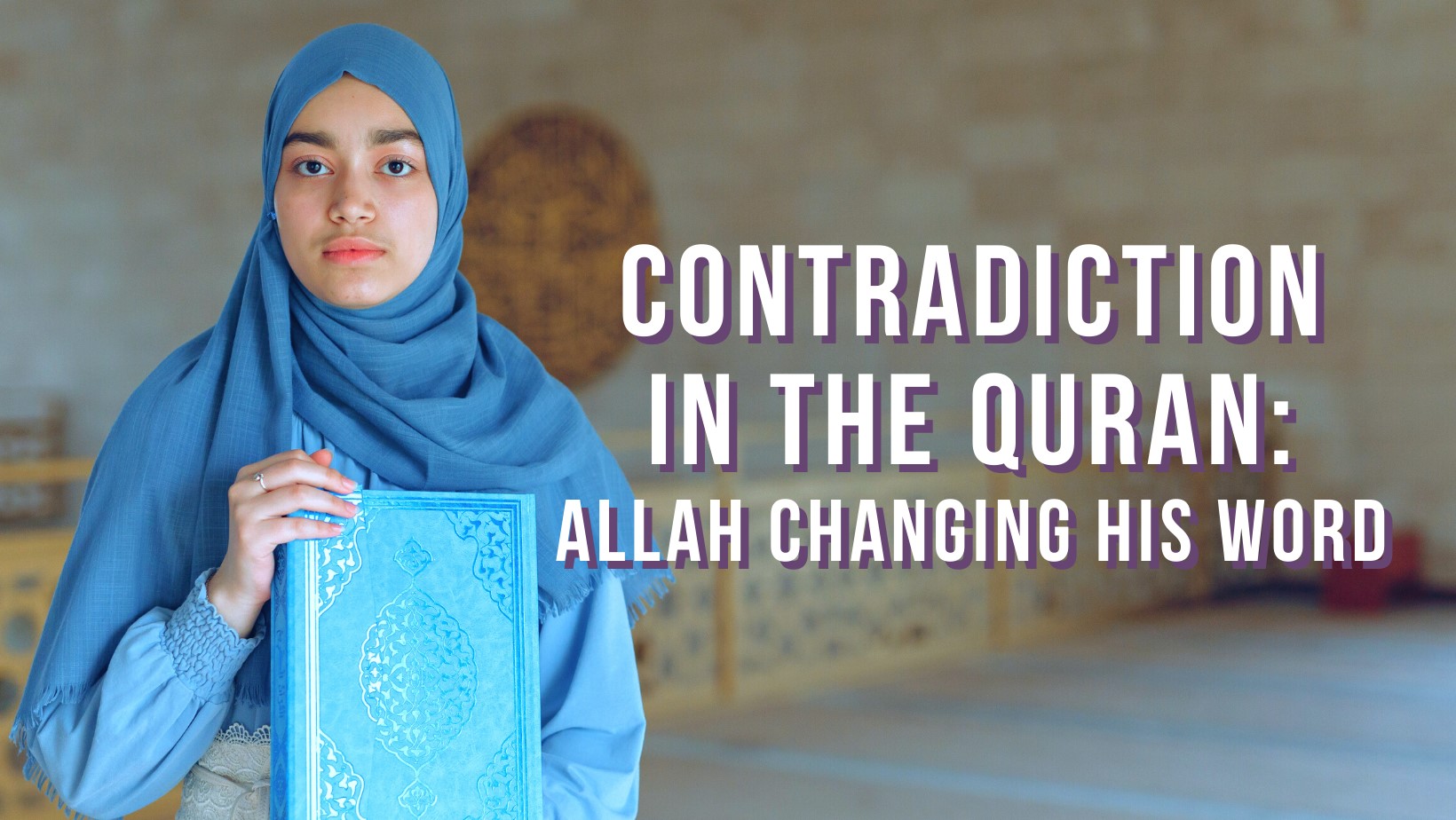 Contradiction in the Quran: Allah changing his word

One incredible thing about following Jesus is His consistency; our God does not change (Hebrews 13:8). Our Muslim friends do not experience this with Allah. In the Quran, Allah contradicts himself multiple times and replaces old commandments with new ones, all within the lifetime of one person, Muhammad.

In contrast, the 66 books of the Bible were written over a span of almost 1,500 years by almost 40 authors, and yet the core message and commands from God are the same. Many teachings in the Quran contradict each other though it was all "revealed" over 23 years, during Muhammad's life. 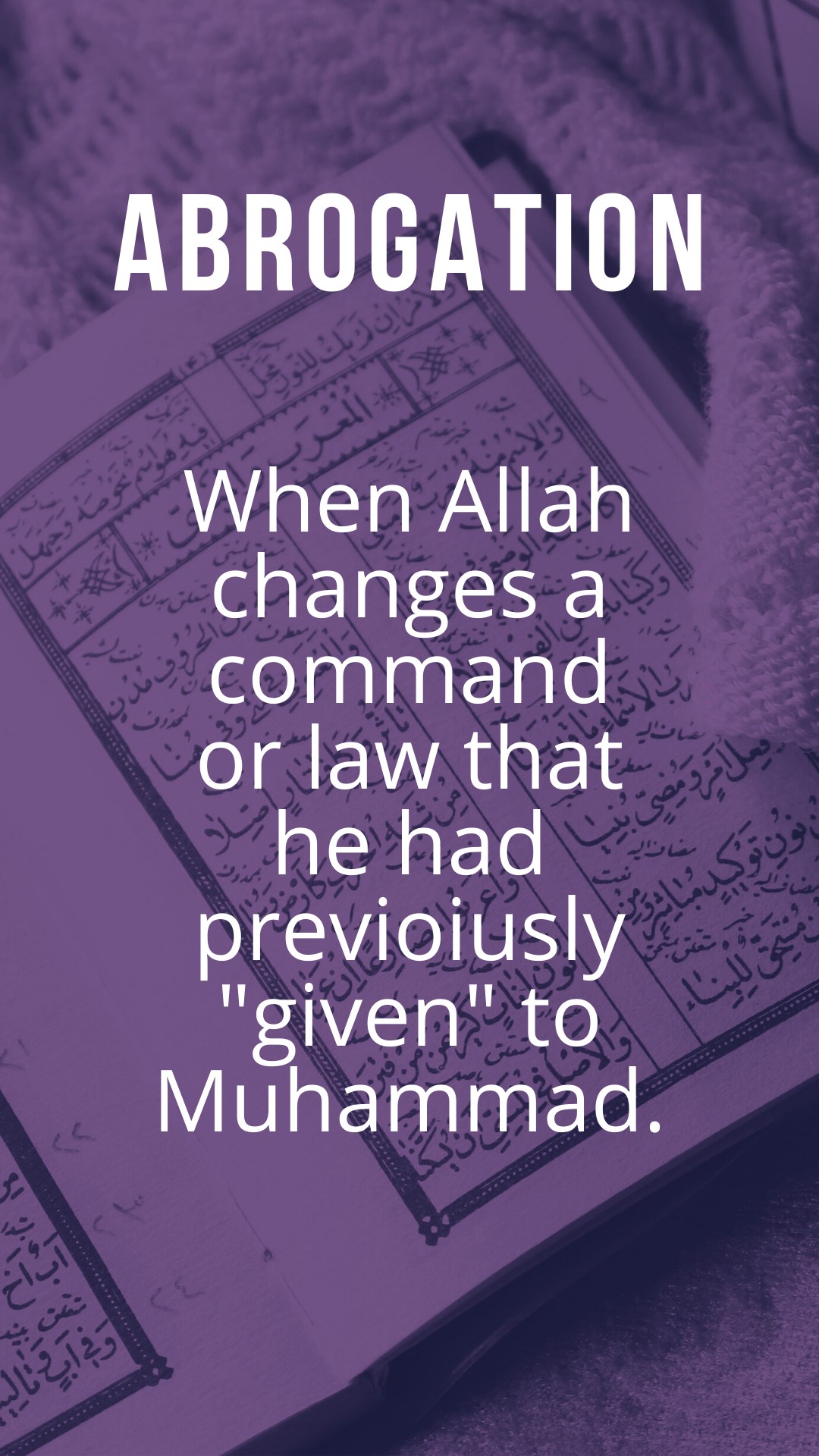 Abrogation as a legal term means to repeal or abolish a law or agreement.
Abrogation in regards to Islam is when Allah changes a command or law that he had previously "given" to Muhammad.
The Quran is a little shorter than the New Testament, yet Muslims scholars have identified over 200 verses that have been abrogated.

The Quran explains abrogation as Allah’s way of improving upon his first commands. This creates a very inconsistent message in the Quran, which is not as trustworthy as the message in the Bible.

“When We replace a verse with another—and Allah knows best what He reveals—they say, “You, Muḥammad, are just a fabricator.” In fact, most of them do not know.” Qur'an 16:101

“If We ever abrogate a verse or cause it to be forgotten, We replace it with a better or similar one. Do you not know that Allah is Most Capable of everything?” Qur'an 2:106

Surah 9:29 replaced this teaching and ordered Muslims to fight Jews and Christians because they do not believe in Allah until they submit or pay the jizyah penalty tax.

Fate of Jews and Christians

Surah 2:62 and 10:94 reminds Muslims that Christians and Jews are accepted by God and that if Muslims are in doubt of their religion they should ask the People of the Book (Jews and Christians) because they know the truth.

Surah 9:29-30 and 5:51 contradicts the above, teaching that Jews and Christians have false teachings and never to take them as friends or allies.

Surah 4:15 teaches that if a woman is caught in adultery, four witnesses should testify and her punishment is to be confined to her home until she dies.

This verse was replaced with Surah 24:2 where any male or female adulterer should receive 100 lashes without any mercy or leniency and the punishment should be witnessed by several Muslims.

How to talk about this with Your Muslim friends

Instead of attacking the Quran, talk about the Bible's consistency and how that boosts your trust in God. The Bible maintains a reliable message, from the Old Testament prophecies about Jesus to those same prophecies being fulfilled centuries later and recorded by different authors.

Questions you can ask your Muslim friends:

A prayer for today: Dear Jesus, I am grateful for Your consistency as my Lord and Savior. I pray that my Muslim friend might be curious about Your unchanging nature. May they be unsatisfied in the inconsistent message of the Quran and Islam, and begin to hunger for the truth! Allow me to be there when they have questions. Thank you for unchanging love for us. Amen.

Doctrine of Abrogation Can Allah change his mind? Abrogation in Quran contradiction Surah

Subscribe to receive 1-2 emails a week with our newest blogs!
Next Proven ways to connect during Ramadan