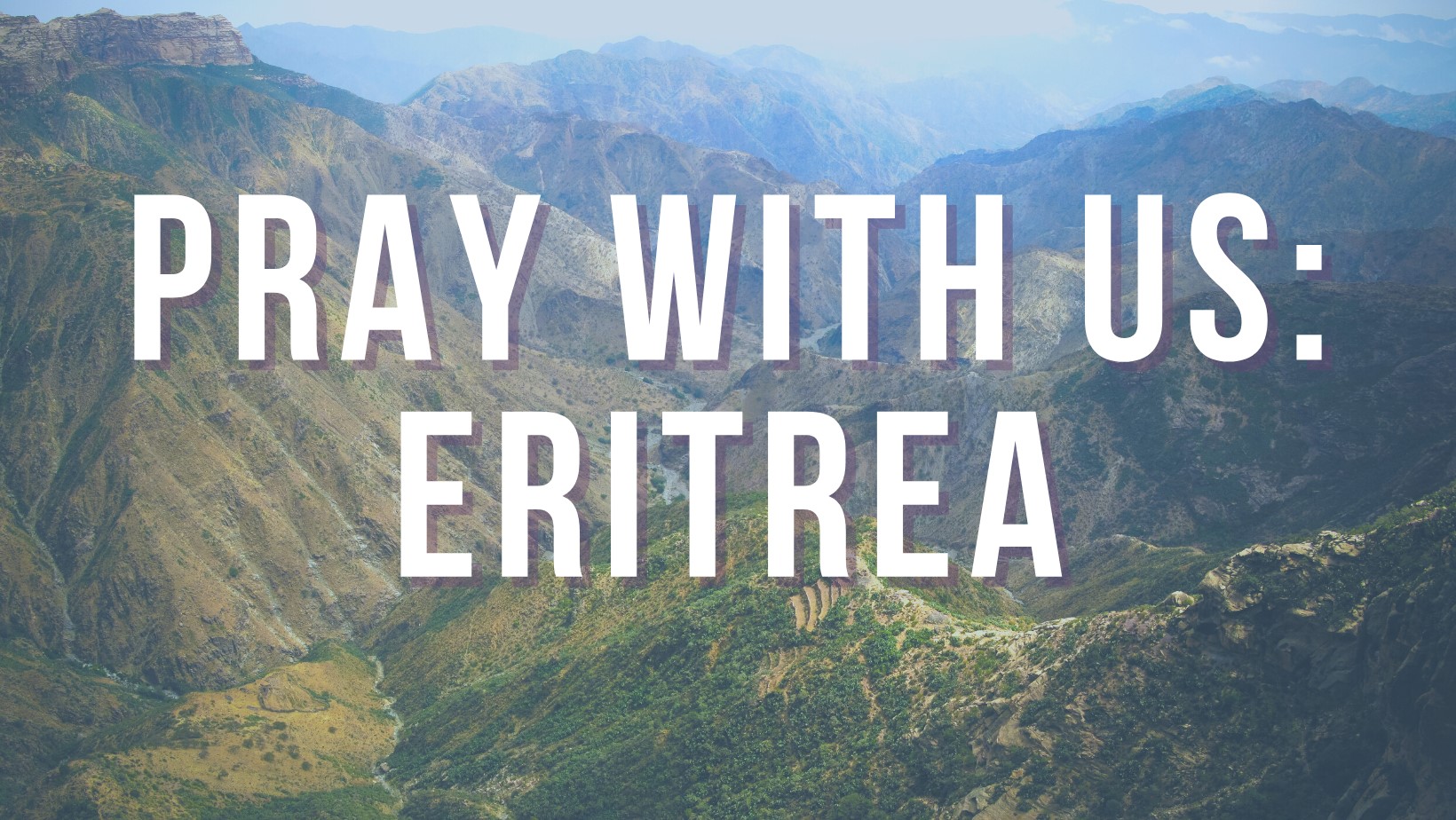 Pray with Us: Eritrea

Eritrea is a small country near the Red Sea on the horn of Africa. It is ruled by its unelected President Isaias Afewerki, and though there was a constitution made in 1993 when Eritrea gained independence, the constitution is never used to check the President’s power.

Eritrea has also been affected by the conflict in Ethiopia’s Tigray region, committing several human rights violations against the Tigrayan people and Eritrean refugees trying to leave the country (Human Rights Watch). The Eritrean government forces its people into service in the military. People as young as sixteen years old are forced into military training where they are abused and mistreated. Because of forced military service and religious persecution, many Eritreans try to flee the country into Ethiopia, but they are caught up in the conflict between Ethiopia, Eritrea, and the Tigrayan people group and experience more violence.

Heavy government surveillance and violence against converts puts Eritrea as number 6 on the World Watch list by Open Doors USA, where they rank the fifty worst countries for Christians to live in in the world. 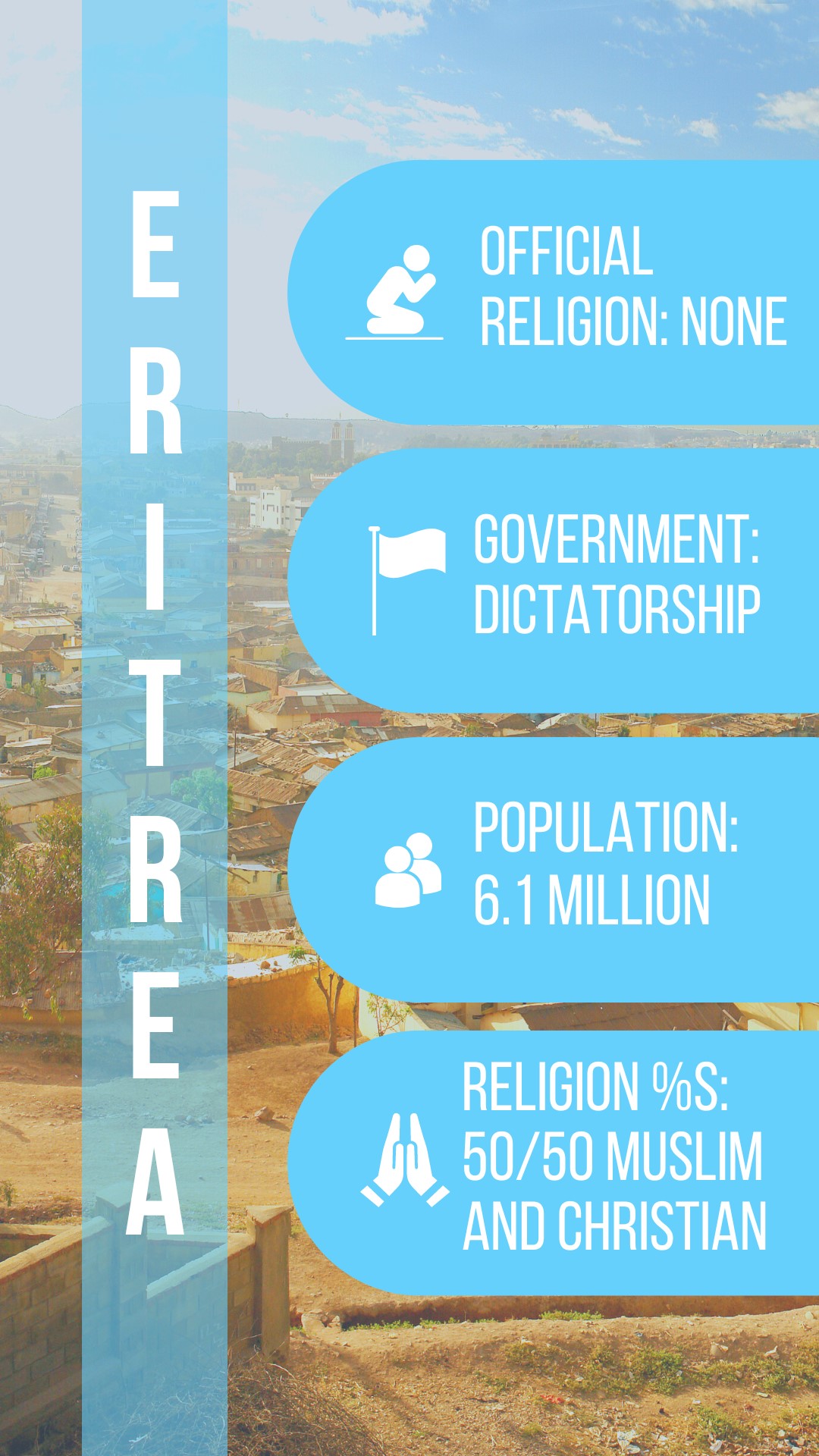 The two main religions in Eritrea are Islam and Christianity. The main source of persecution for Christians is government surveillance. While there are three parts of Christianity that are officially recognized by the government – Orthodox, Catholic, and Lutheran – anyone outside of these denominations is persecuted by the government. The government requires its citizens to register under their religion, and if you are not part of one of the four recognized religions, you are required to give large amounts of personal information while you register under a separate religion.

Some pastors and Christians have been put in jail by the government, even solitary confinement, for 10+ years, because of the government’s paranoia. There is persecution on the personal level for anyone who leaves the Orthodox church, as well as those who leave Islam, by their friends, families, and communities.

Sunni Islam is the only version of Islam that is recognized by the Eritrean government, meaning that anyone outside of that sect is persecuted and put in prison by the government, suffering the same horrible treatment that we described for Christians. Because both Christians and Muslims are persecuted by the government and always under a watchful eye, there is actually a large amount of interaction between the Christian and Muslim communities working together. This presents a great opportunity for the Christian church in Eritrea to share the love of Christ with their Muslim friends.

Ways to Pray for Eritrea

Subscribe to receive 1-2 emails a week with our newest blogs!
Next Facts you didn't know about the sacred books of Islam