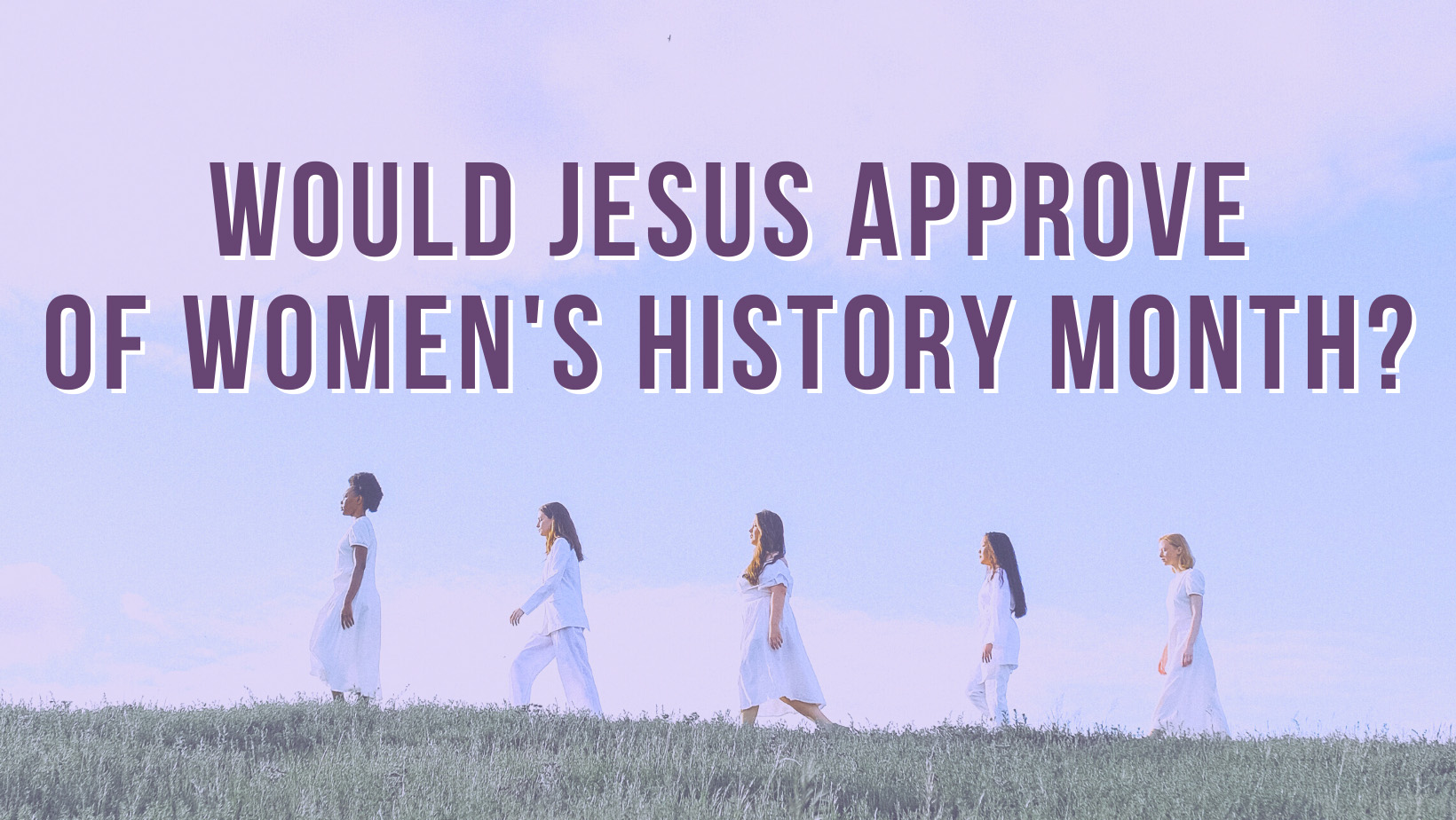 By Call of Love Ministries On March 03, 2022 Category Women in Islam
Share:

There are countless perspectives that we can discuss during Women’s History Month. For example, we can compare significant Christian and Muslim women throughout history. Or, we can invite a missionary woman who lived in a closed Islamic country to tell us about her experience with the women in that land. It is not hard to find specialists and people in ministry who are willing to talk about the oppression of women in the past centuries.
But then, there is one person we usually turn to last when looking for answers, and He’s the one we should be turning to first: Jesus.
What does Jesus say about Women’s History Month?
Well, turns out they didn’t have Women’s History Month in Israel circa 28 A.D., so nobody got the chance to ask Him about it!
However, we do have lots of stories that prove that Jesus truly respected and loved women in a culture that did not.

Jesus and the Samaritan Woman

The woman said to Him, “I know that Messiah is coming (He who is called Christ); when that One comes, He will declare all things to us.”

At this point His disciples came, and they were amazed that He had been speaking with a woman, yet no one said, “What do You seek?” or, “Why do You speak with her?”

Jesus’ disciples were shocked that He was speaking with a woman. Imagine if they had also known her past; she had five different husbands and was not married to the man she was currently living with.

For a Jewish man and rabbi, sitting at the well in the middle of the day and having a conversation with a strange woman was not normal! Jesus was breaking the taboo of that time as a man talking publicly to a woman. Not only that, but in His demeanor and responses, Jesus treated the Samaritan woman as equal in humanity, He respected her mind and did not belittle any question she had.

Jesus saw women as intellectual and spiritual equals to men and He acted on what He believed. This shattered gender norms of His culture and era.

In Luke 10:38-42, we see Jesus teaching in the house of two sisters, Mary and Martha. Martha is preparing food in the kitchen for Jesus and His disciples while Mary is seated at His feet and listening to His teachings. Martha comes and asks Jesus to tell her sister to help, to which Jesus says Mary had “chosen the good part, which shall not be taken away from her.”

Let us note that Mary was seated at Jesus’ feet like a student would be with a Rabbi. Only boys and men were allowed to do this during His time. Jesus believed that Mary had every right to learn from Him, while other men in His culture would have said she should have helped her sister in the kitchen and allow the men to learn from Jesus.

Jesus appearing to Mary after His resurrection

In the first century, women’s testimonies were not considered as valid as men’s, so the fact that Jesus chose Mary Magdalene to be the first person to see Him after His resurrection was revolutionary. He appeared to her in John 20, and instructed her to tell the disciples that He rose from the dead. Also in John 20, we see two disciples, Peter and John, were also at the tomb. Jesus would have revealed Himself to them first if He had not considered Mary to be an equal witness to the men. But it was Mary who was the first to testify to others that Jesus is alive! 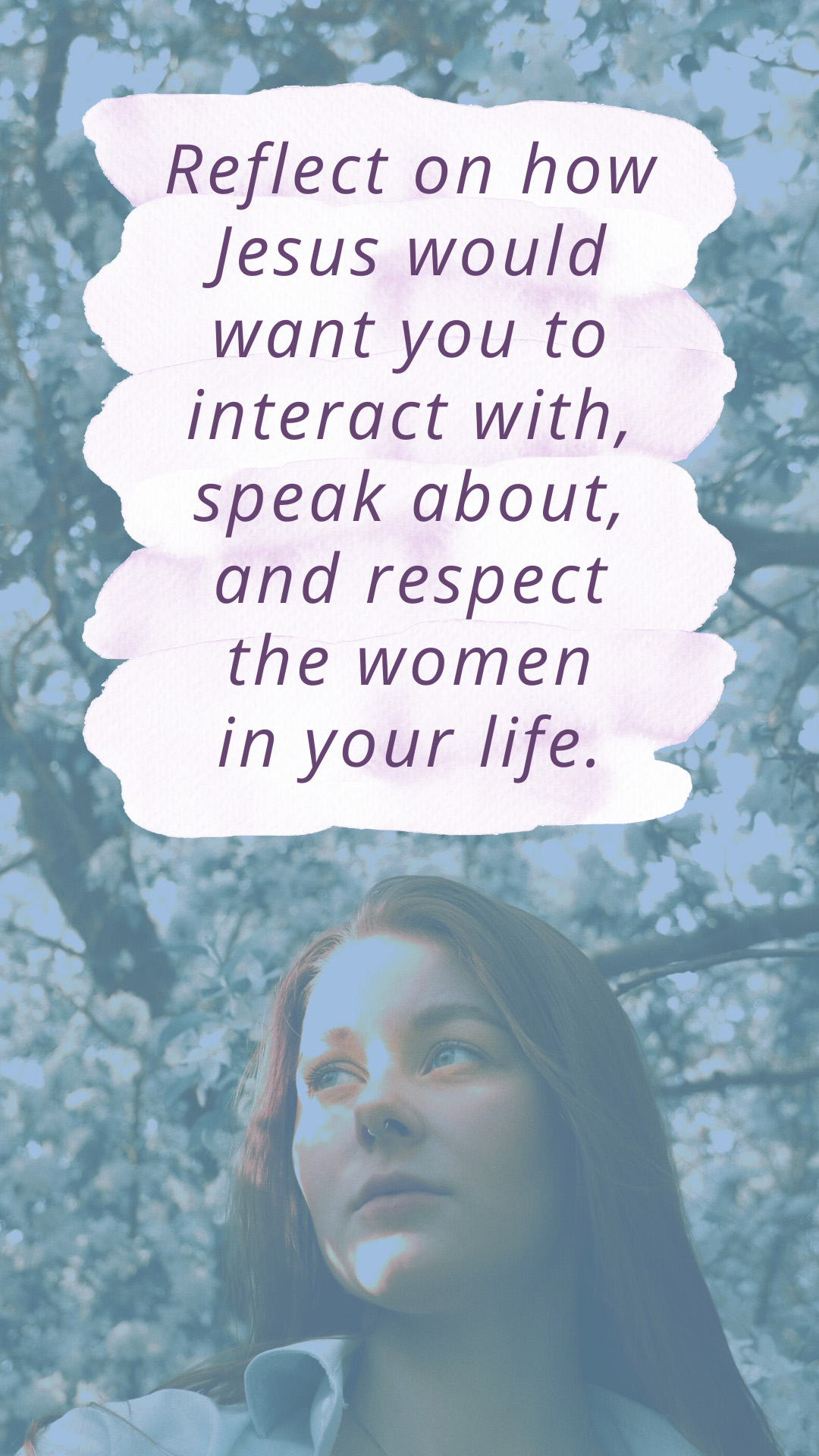 What does this mean for us today?

You will see a lot of posts during Women’s History Month. Most businesses will have a campaign about it, politicians will talk about it, and social media will have lots to say. The best thing you can do this month is to reflect on how Jesus would want you to interact with, speak about, and respect the women in your life! This includes the Muslim women you know, because they are especially undervalued and overlooked.

Look to Jesus as your example. What a wonderful thing it would be for us all to respect and engage with women the same way Jesus did, and be able to share the Good News of the Gospel with Muslim women.

To read about how Muhammad treated women, check out our blog post True Love: Jesus Honors Women. Spoiler alert: despite Islam’s claims, Muhammad was not a leader in improving the treatment of women.

Subscribe to receive 1-2 emails a week with our newest blogs!
Next Pray with Us: Turkey