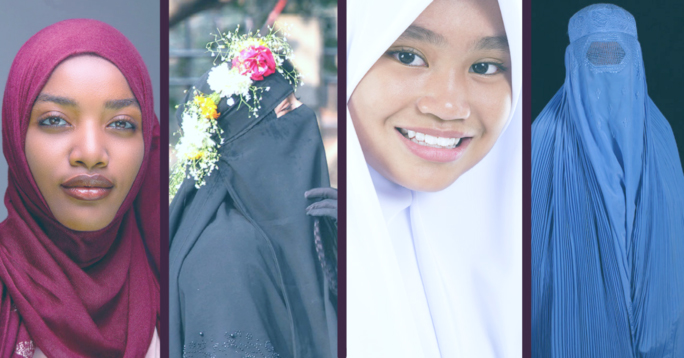 More than a Hijab: Letting go of stereotypes and loving like Jesus

By Samya Johnson On October 15, 2021 Category Women in Islam
Share: 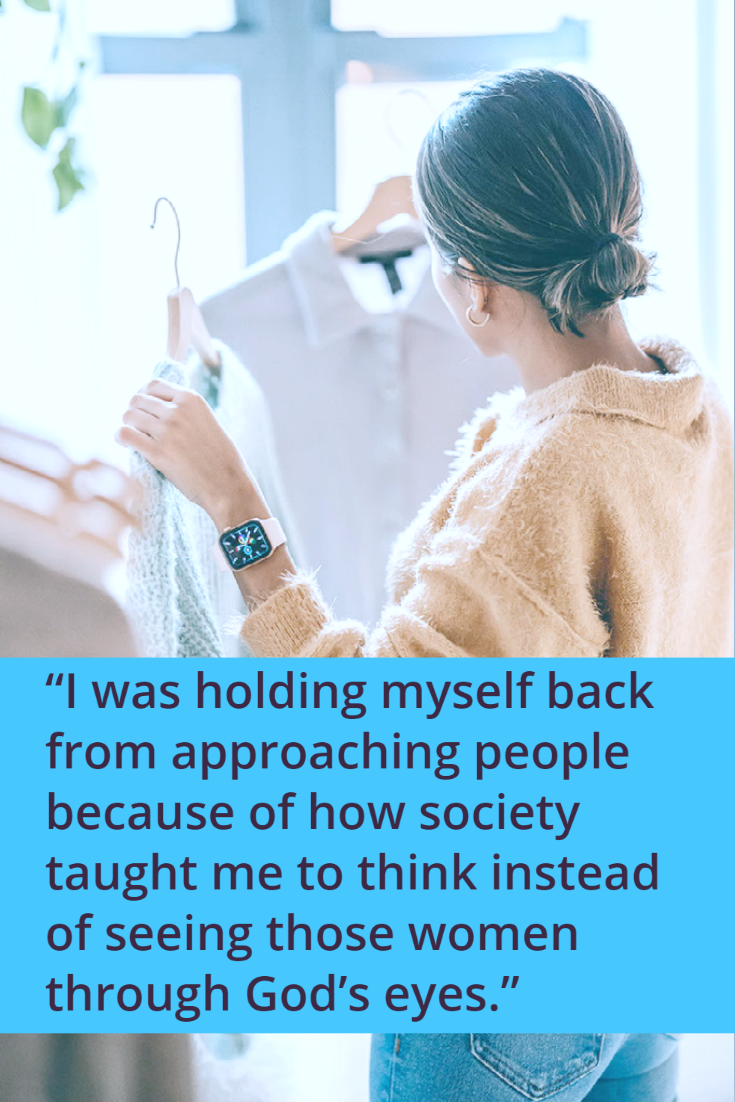 I was working my weekend retail job, checking customers out at the register and organizing the tables and racks of clothes that had been picked over during business hours. I was an out-of-state college student, who came from a city that was not diverse at all. So seeing hijab-wearing women come in and out of this popular clothing store was a shock. I thought they couldn't wear this stuff. My job was to approach all of our customers and make sure they were finding everything okay. I thought they wouldn't want my help. I thought I should leave them alone.

But I took a deep breath and approached them anyway. I asked if they needed help finding anything. And they did! I helped them put together an outfit, grabbed a changing room for them, and checked them out at the register.

The point of this is not to say that I made a sale that day because I overcame my prejudice, fear, stereotypes, or whatever you want to call it. It's the fact that I had prejudices, fear, and negative stereotypes to begin with. I had to face the nasty truth that I was holding myself back from approaching people because of how society taught me to think instead of seeing those women through God's eyes.

Hijabs are one of many forms of religious veils used in Islam. But they all have one thing in common: negative stereotype. Even if hijabs are a tool of oppression against women, we are called to see everyone the way God does and stop listening to our culture's prejudice. We are called to love people the way Jesus loves them, regardless of clothes, socio-economic status, or background.

What is the Hijab?

Let's start by defining exactly what a hijab is, along with the other religious veils that Muslim women wear. We will go through and define each type, so that when we interact with a veiled woman, we can address her clothing properly.

1. Hijab: The hijab is one or two scarves that cover the head and neck. It is commonly worn in the West, and it is the name used for a variety of head coverings.

2. Niqab: The niqab covers the entire body except the eyes, although some forms of it also reveal the forehead. It is very common in Muslim nations and some Gulf states.

3. Chador: The chador covers the entire body except the face, and is held shut by the woman's hand or a pin. These are most common in the Middle East and are usually black.

4. Burqa: The burqa covers the woman's entire body, allowing them to see through a mesh screen in front of their eyes.These were mandated in Afghanistan under Taliban law and other strict areas, like in Yemen.

Why do Muslim women wear hijabs?

Remember, each woman has her own individual motivation for wearing a hijab, and you should ask her why she wears it.

Here is what the Quran says about women wearing the hijab:

"And tell the believing women to lower their gaze and guard their chastity, and not to reveal their adornments except what normally appears. Let them draw their veils over their chests, and not reveal their ˹hidden˺ adornments except to their husbands, their fathers, their fathers-in-law, their sons, their stepsons, their brothers, their brothers’ sons or sisters’ sons, their fellow women, those ˹bondwomen˺ in their possession, male attendants with no desire, or children who are still unaware of women’s nakedness. Let them not stomp their feet, drawing attention to their hidden adornments. Turn to Allah in repentance all together, O  believers, so that you may be successful." Quran 24:31

In most Islamic countries, it is the woman's guardian who decides whether she should wear a hijab. And the guardian's decision (father, husband, brother, son) is based on his  religious convictions and the culture they live in.

In some Islamic towns, once a girl turns 9, or reaches puberty, she has to cover her head.

When a woman is given the choice, she usually is led by one or more of the following  reasons to wear the hijab:

Even though some Muslim women will say that a hijab is not a tool of oppression buta personal choice, that does not negate the origin and original intent for the hijab. In the Quran passage quoted above, we see that hijabs are a tool of division between women and the public eye. When a woman is not allowed to reveal her hair or walk around without concealment except around family members, it separates her from being an individual with her own autonomy. Instead, the eyes and thoughts of men around her are "protected" and honored above her.

How should Christians love Muslim women?

Essentially, the same way we are called to love anyone else: self-sacrificially, graciously, and unconditionally. But it would be foolish to disregard the inherent bias we are taught against hijab-wearers in Western culture. We are taught to associate them with danger, violence, and anti-freedom movements. First, we need to confront the factors that may limit our relationship with Muslim women in ways that are unique to that relationship.

Our brains will naturally associate the hijab as an identifier that signifies they belong to an "out-group". We naturally sort people into different groups: "in-groups" (a group we associate with and consider better than the rest) and "out-groups" (groups that we always assume are inferior and opposing us). Why is this a problem? Because as Christ-followers, we are called to see everyone as God's creation and worthy of love. We have to go against our natural mental tendencies to show Christ's love, which is nothing new. In Christ, everyone is in the in-group, loved equally and wanted by God.

Here are some easy ways to respect your female Muslim friend:

Prayer for forging a friendship with Muslim women:
Jesus, let me see this woman how you see her. I know they are worthy of your love and deeply desired by you. Let my words and actions reflect your heart, so that they might follow you.

Subscribe to receive 1-2 emails a week with our newest blogs!
Next Who is Allah compared to Yahweh?