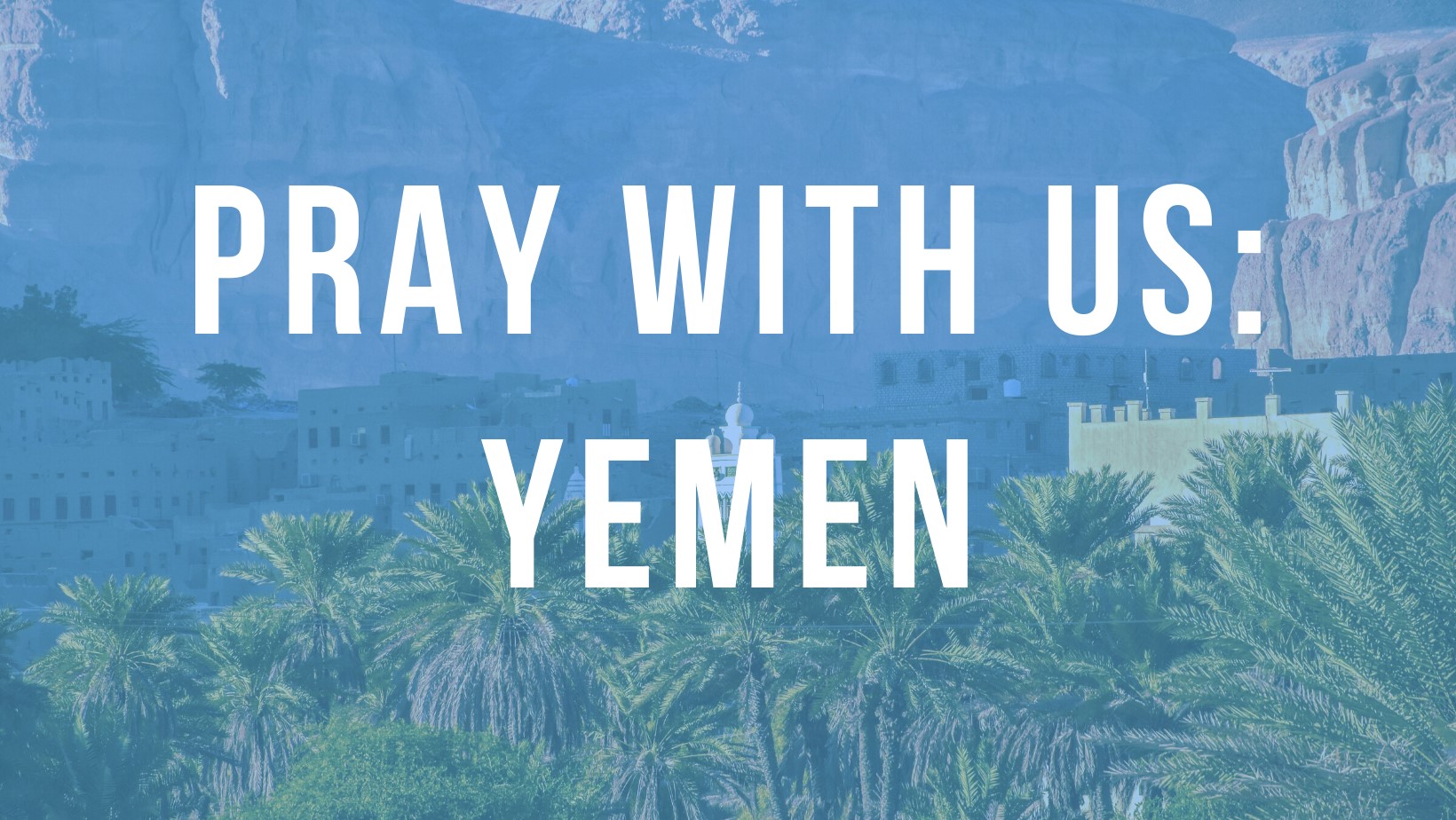 Pray with Us: Yemen

Did you know that Yemen’s internal war has gone on for seven years? This is not often shared in the media. There are multiple parties involved, and the Yemeni people are always on alert.
Persecution of Christians is legal and rampant in Yemen. Open Doors lists Yemen as number five on the world watch list for persecution. Christians are in constant danger, especially in southern Yemen where al-Qaeda has a lot of power. To read the report, check out Open Doors USA. 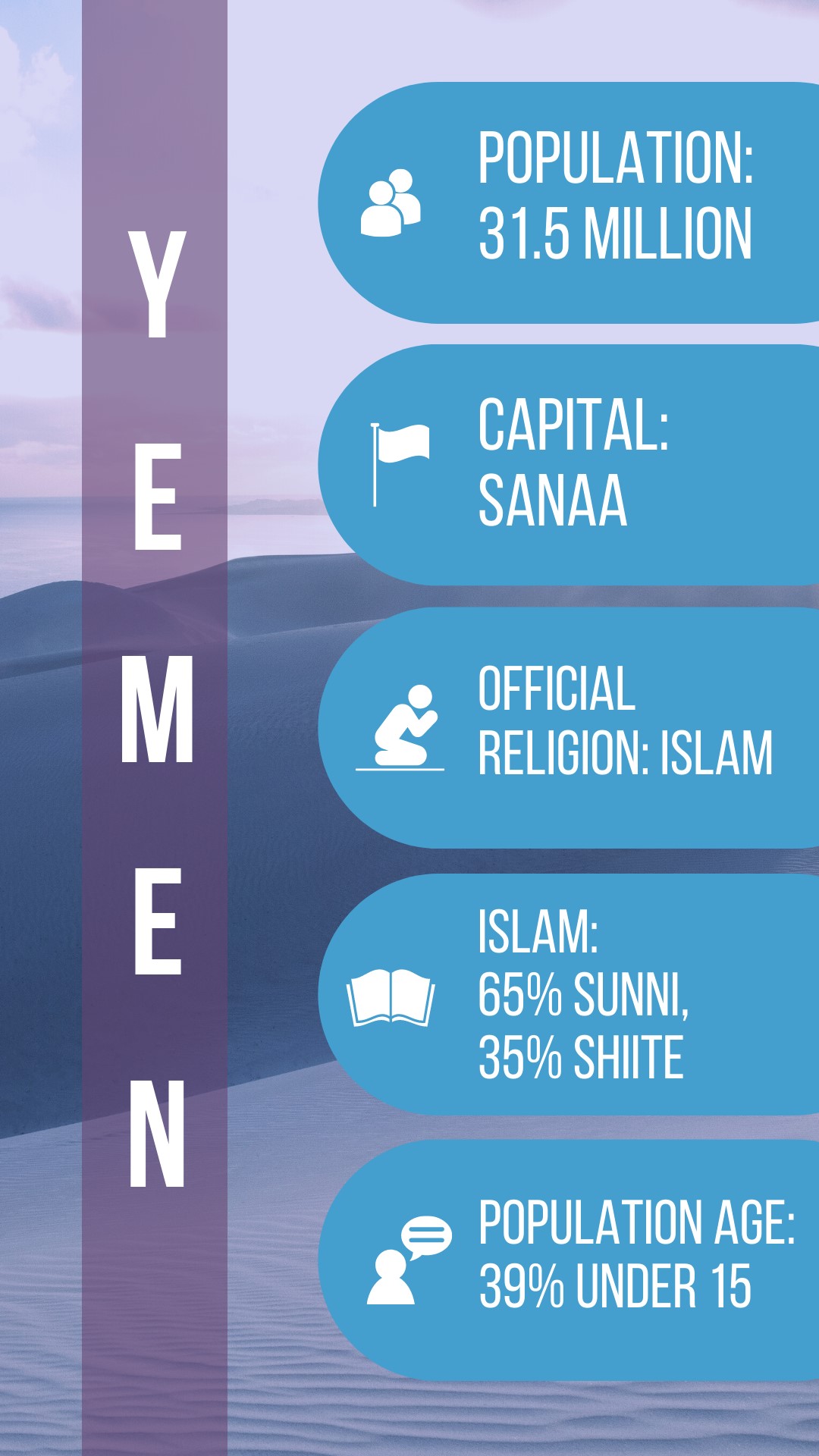 The majority of the population in Yemen is Muslim, with only a few small groups of non-Muslims, most often immigrants and international workers. It is not illegal to be of a different faith but this only applies to non Yemenis. It is prohibited to prosyletize – try to convert – a Muslim to another religion. This makes it extremely dangerous for minority Christians living in Yemen who are passionate about spreading the Good News of Jesus Christ.

We have been in contact with Abdalla since 2020.  He first messaged us saying, “I want to know more about Jesus and I want the Bible.” He had heard about Jesus through satellite television, and realized that the missing thing in his life was the true God. Abdalla felt that God finally gave his life value and direction. He prayed with us and accepted Jesus as his Lord and Savior after seeing the truth of Jesus’ life in the Jesus Movie on a Christian satellite TV channel. We began reading Luke with him and answering all of his questions.

Abdalla had to be very careful with his new faith. He couldn’t tell his family because they might kill him if they found out. We didn’t hear from him for many months, but he messaged us again, asking for assistance to get him out of Yemen, because of how difficult it was. As we worked to try to help him, we told him how Jesus is the light of the world, and how He wants us to share that light with our families and point them to Jesus.

Many months later, Abdalla told us that his family had found out about his faith and had him arrested. He was physically beaten for a week, but when he was released he traveled to the Republic of Djibouti as a refugee, where he now lives. We called him many times, praying with him, and we were able to connect him with an online international church where he is being discipled.

5 Ways to Pray for Yemen

Subscribe to receive 1-2 emails a week with our newest blogs!
Next The three most common questions Muslims ask about Easter