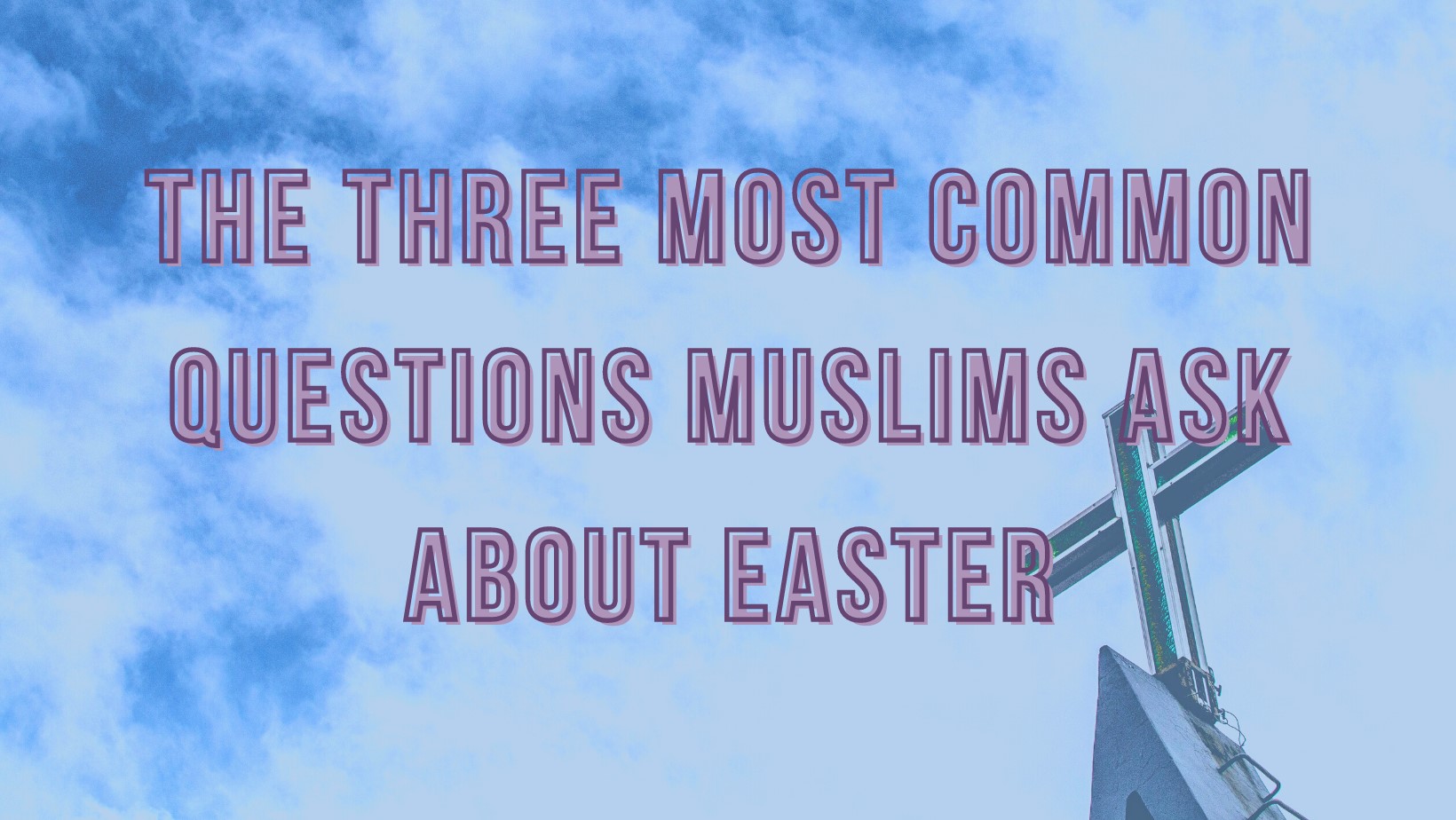 The three most common questions Muslims ask about Easter

What do Muslims know (or not know) about Easter?

Muslims do not believe Jesus was crucified, instead they often believe one of these three things:

Jesus ascended into heaven in front of blasphemers so that they would believe he was sent by Allah.

Here are some of the most common questions Muslims ask about Easter:
There are entire books and doctorates devoted to these difficult questions! Let’s walk through the basics for each answer in a “coffee shop-style” answer, not a “doctoral thesis-style” answer. You don’t need to memorize these answers, but it is good to be ready with an answer for any questions they might ask you.

1. Is there historical evidence for the crucifixion?

Answer: Yes! There are lots of non-Christian and Christian sources that attest to the crucifixion as a real historic event. The majority of these sources are from the first or second century, while the Quran was written in the seventh century –  600 years after Jesus’ life on earth!
One thing you can tell your Muslim friend if you are talking about these theories, is that there are at least 17 non-Christian historical sources that attest to the crucifixion of Jesus, including:
Here is just one source for non-Christian historical sources!
But even if your Muslim friends do believe that Jesus was crucified, this doesn’t change anything for them unless they also believe that Jesus is the Son of God, He is the sinless sacrifice, and that He raised Himself from the dead.

2. How could you say God died?

Answer: God did not die. If God were to die, the entire universe would cease to exist! Jesus’s physical heart stopped beating and He physically died, but His divine spirit was still alive, which is how He raised Himself up from the dead three days later.

3. Do you worship the cross?

Answer: I know you see the cross all over churches and in Christian circles, but there is no worship of this symbol in the body of Christ. We keep it around to remind us of the sacrifice Jesus made for our sins so that we could be brought back to relationship with God. I know that when I see the cross I feel gratitude for the love Jesus has shown me through His death and resurrection.
The biggest thing to emphasize with your Muslim friend is that Christ is the only sinless person, that's why He is able to pay the price of our sins, and because He loves us, He offered Himself as a sacrifice and physically died on the cross. This is how He brings us back into a relationship with God.
The Easter season is a season of love and redemption! Let us share this with our Muslim friends.

Pray before speaking with your Muslim friend…

Lord, please give me the right words to answer my Muslim friend’s questions and help me show your love to them during this Easter season. I ask you to work in their heart and show them the truth. Amen!
Jesus in Islam Isa evangelism Easter questions about Easter historical evidence for Easter

Subscribe to receive 1-2 emails a week with our newest blogs!
Next Easter is for our Muslim friends too