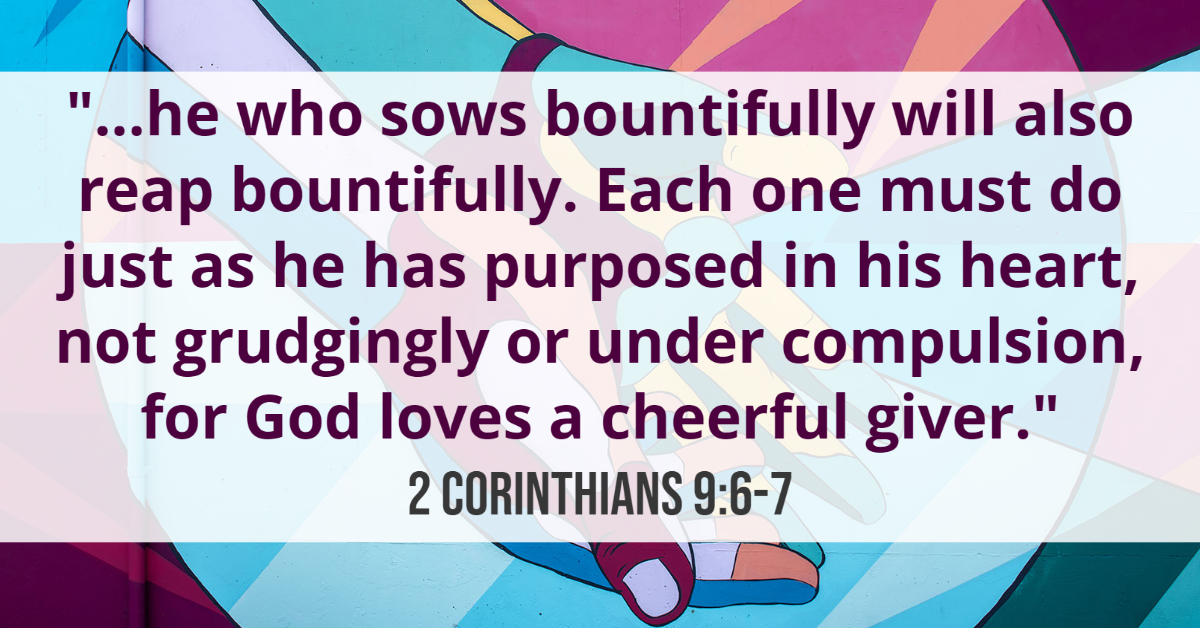 ‘Tis the Season of Giving: What Giving means in Islam versus Christianity

Both Muslims and Christians give as part of their religious practice or worship. We can use this common ground to connect with our Muslim neighbors and friends. When we recognize the differences between Islamic 'Zakat' and Christian 'tithing' we open doors for constructive conversations and questions.

In general, Islam values generosity because of their works-based religion and honor-shame culture. 'Zakat' giving is one of the five mandated pillars or practices of the Islamic faith that consist of:

The Muslim must give 2.5% of their excess income after they meet these two conditions: 1) They have paid for all of their necessities that year and closed any debt. 2) The excess they have is more than the value of 85 grams of gold (for 2021 this amounts to approx. $3,920).

Zakat is usually given to a local mosque to expand Islam and help provide for the communities' poor Muslim families. The Quran considers Zakat a form of worship and a way to purify a person's annual earnings. Zakat does not include voluntary generosity, which is called "Sadaqah." Through sadaqah, Muslims may give to the beggars on the street, provide meals for the poor during Ramadan, and help anyone in need.

Today, the way most Christians tithe is modeled after Abraham's giving in Genesis 14, where he gave 1/10th of everything he owned to Melchizedek, a high-priest of God. Abraham did not give because he had to, but because he was grateful for God's deliverance from his enemies. This took place before the Law was given to Israel, where the giving reached 33% of the gross annual income.

Giving in the Early Church

Followers of Christ in the Early Church gave generously to a collective fund. Acts 2:44-45 says, "All the believers were together and had everything in common. They sold property and possessions to give to anyone who had need." The early believers did not do this because it was required of them, but because God's grace was moving them to give (Acts 4:32-45). 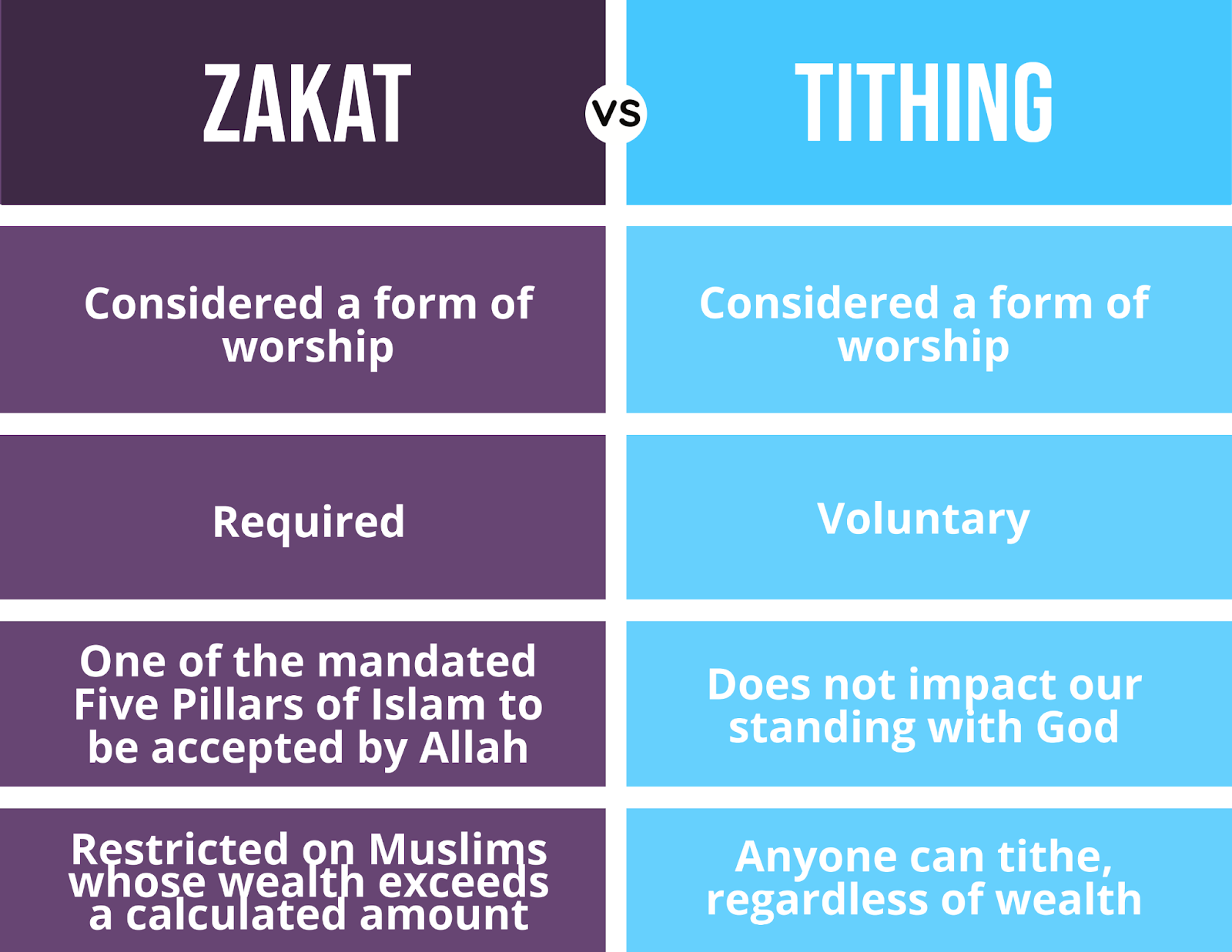 Basically, Zakat is obligatory; Christian tithing is given voluntarily. As one of the five pillars of Islam, Zakat means one's salvation and religious standing becomes intertwined with their giving.

2 Corinthians 9 tells us that God loves a cheerful giver, not one who gives with reluctance or because they feel like they have to. On multiple occasions, the Bible says that those who give will be rewarded and blessed.

Here are some basic questions to open up this conversation with your Muslim friends:

These questions will give you chances to learn more about your friend's personal experience with Zakat and their heart attitude  about giving. Maybe they'll redirect the questions back to you, asking whether you give and why.

As you celebrate the greatest gift God has given us, Jesus Christ, express your love and gratefulness to Him through your giving. Be generous and give cheerfully and sacrificially to the Lord this season, and watch Him smile down on you and say: "Well done my child!"

We are hoping to finish 2021 strong, so that we can jump into the new things God has planned for us in 2022 with fervency and faith! The Lord uses your generosity to keep Call of Love in the mission field.  Please donate here. Thank you!

Subscribe to receive 1-2 emails a week with our newest blogs!
Next The Christmas Story