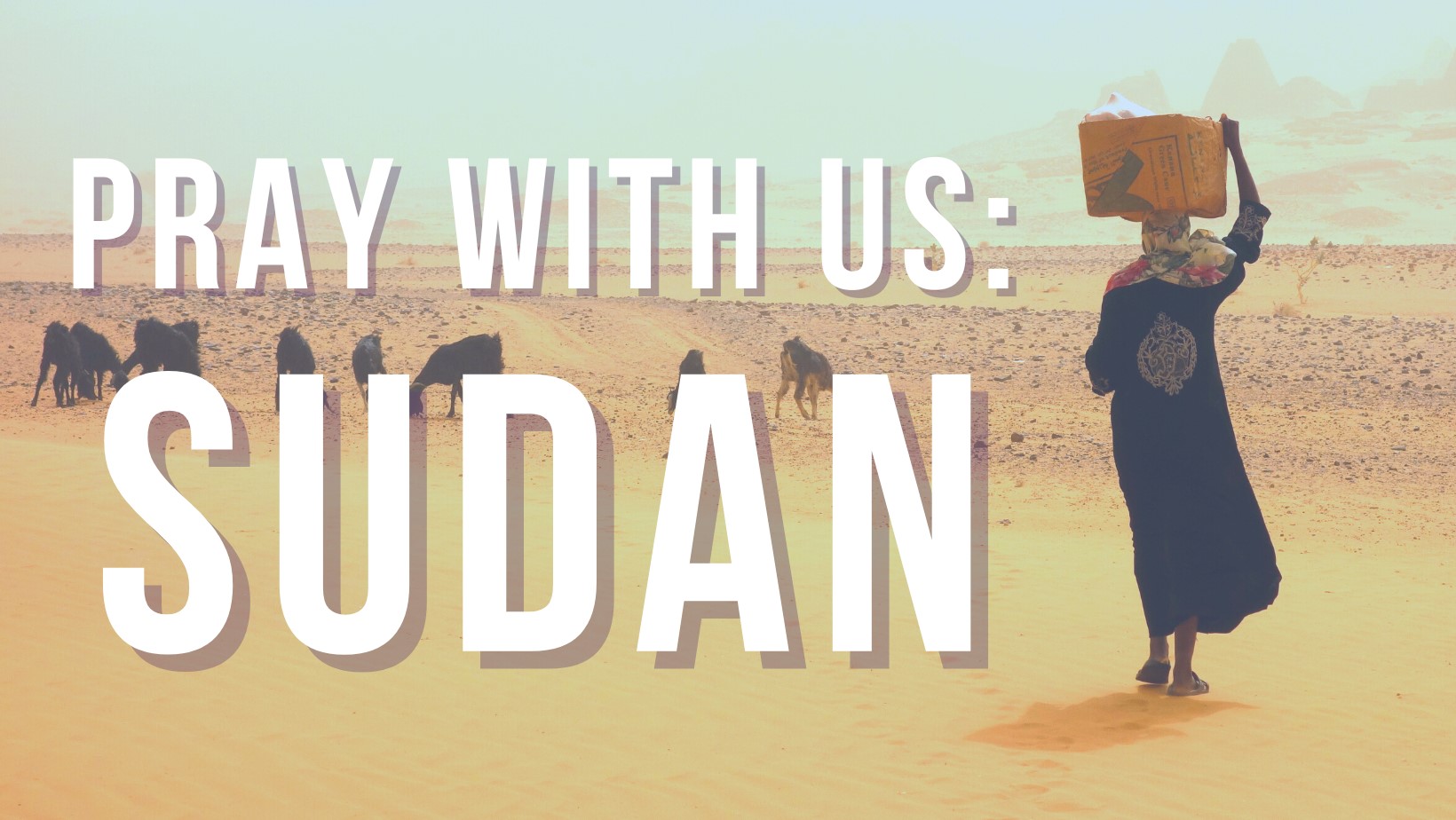 Pray with Us: Sudan

Sudan is one of the poorest countries in the world, and it’s not hard to understand why. The civil war in Sudan has completely destabilized this country south of Egypt since 2013. With a population that is mostly Sunni Muslim and only 2% Christian, we need to pray for the growth of the Church and the spread of the Gospel. 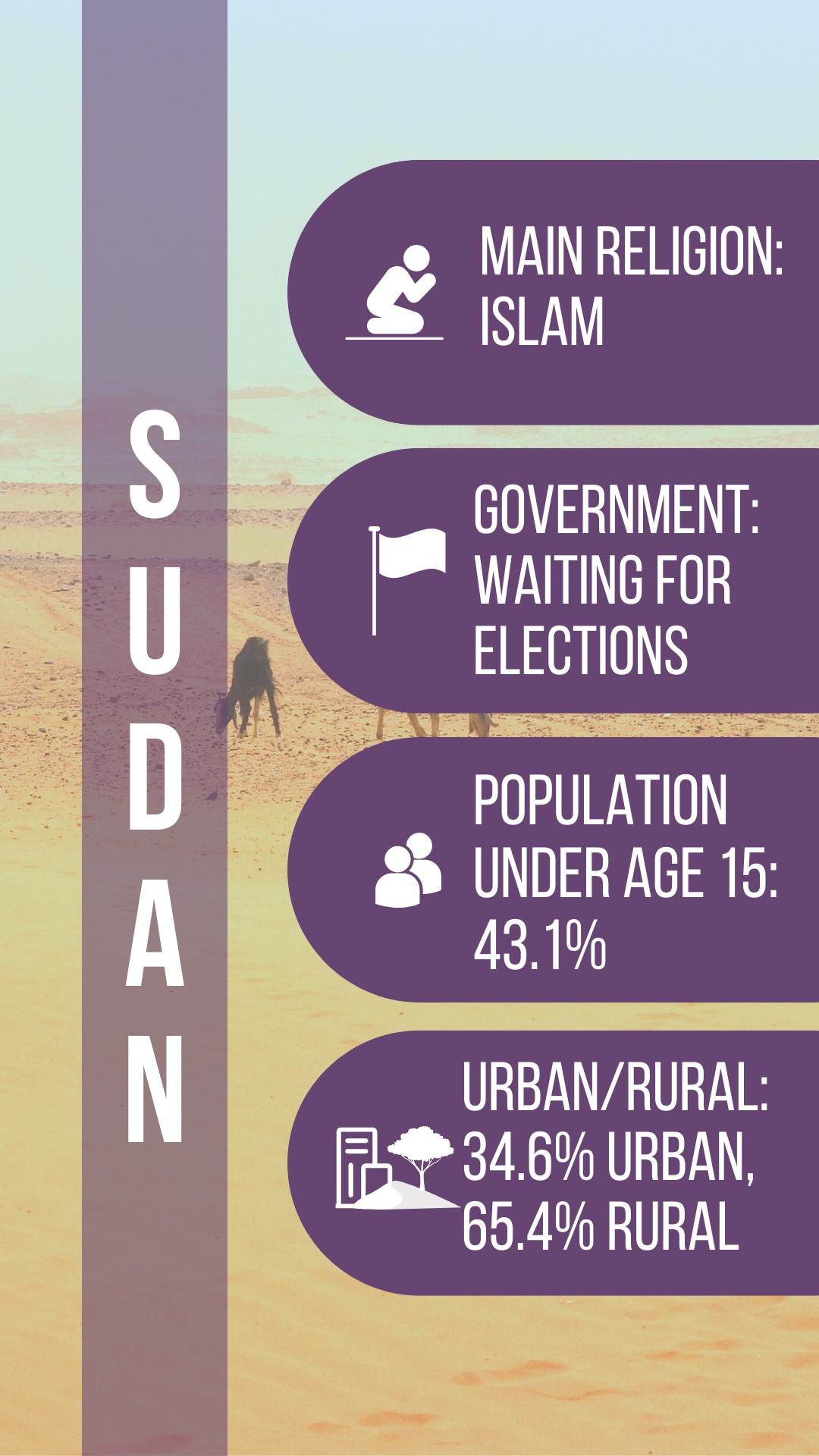 Government: Currently in transition, waiting for elections in 2023

Sudan has had the attention of the United Nations and the United States for almost the entirety of the past decade. There was an internal civil war that lasted from 2013 to 2018, but the violence within the country did not end in 2018. The rebel force called the National Salvation Front is still trying to overthrow the government that was set up at the end of the civil war.


The new form of government was supposed to hold elections in 2022, but those have been postponed until 2023 because of attacks by groups in South Sudan that don’t agree with how the civil war ended in 2018. In fact, the two men who led the rival groups during the civil war are now leading Sudan together, which only adds more tension to this new government. Because of the lack of infrastructure during the COVID-19 pandemic, Sudan’s people are also experiencing high levels of food insecurity in addition to a constant threat of violence.

Islam is the main religion of Sudan, made up of mostly Sunni Muslims. The two other main belief systems are Christianity and animism. Many ethnic groups and tribes practice animism, the belief that everything has a spirit or soul.  They have different practices that follow their own traditions, which often includes ancestor worship.

The two biggest threats to Christians in Sudan include persecution from Muslims and lack of protection from the government for religious minorities. Churches are burned down frequently and Christians are often beaten or attacked. Believers who come from an Islamic background are at an especially high risk of being persecuted. According to Open Doors ministry, Sudan is the 13th most dangerous country for Christians to live in.

Kazim’s Story of leaving a tribal religion for Christ

Kazim contacted us after finding a Christian satellite television station that talked about John 1, where it describes Jesus as The Word. We found out that Kazim was from a pagan tribe in southern Sudan that worships four gods.

We were able to explain the incarnation of God in Christ and the character of the person of Jesus. Kazim was amazed to hear about the resurrection story, and he prayed with us to accept Christ as his Lord and Savior! Kazim has connected with a local underground church that is helping him grow in his faith and learn more about Jesus.

5 ways to pray for Sudan

Islam in Sudan how to pray for Sudan prayer for Sudan sudan prayercast Is Sudan an Islamic country? sudan muslim population religion in sudan

Subscribe to receive 1-2 emails a week with our newest blogs!
Next Did you know Islam teaches about Jesus' second coming?