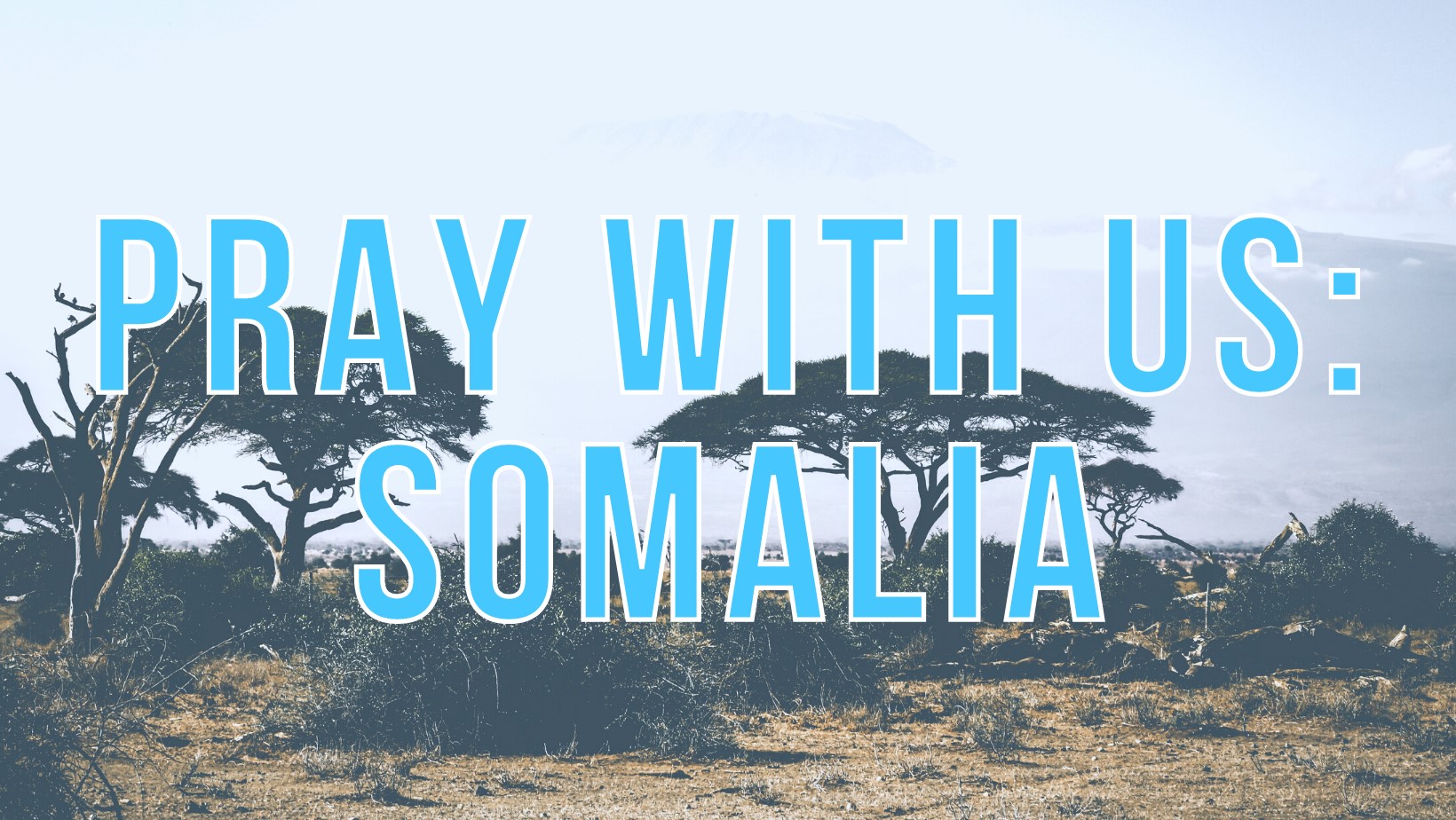 Pray with Us: Somalia

Somalia is an Islamic country on the horn of Africa. Even though there are over 14 million people living in Somalia, the Christian population is only in the hundreds according to Open Doors. Somalia isn’t often in the big news headlines, which is why we want to devote this month to learning about Somalia and praying for the Church’s safety and growth in that country. One of the biggest changes in Somalia is their transition to their new president, who has actually been re-elected after having already served as president years ago. We need to pray for the country in this time of political transition. 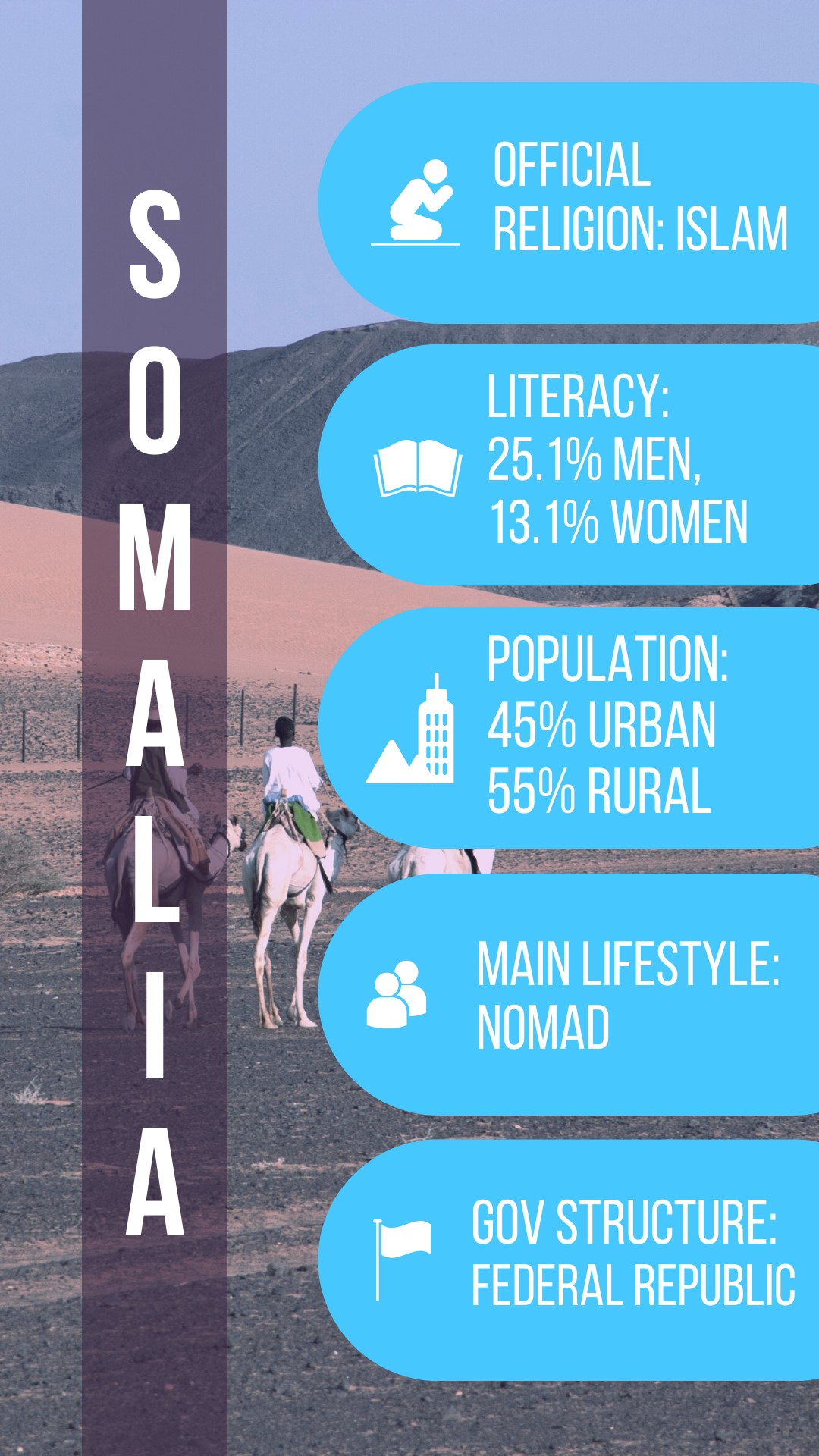 Somalia is an entirely Islamic country, except for a few underground pockets of Christians. Persecution for Christians comes from every possible source: family, friends, the government (which operates under Sharia law), and Islamic terrorist groups like Al-Shabab. This is why Open Doors has it ranked 3rd on its world watch list for persecution of Christians.

Darain, a secret believer from Somalia

Darain grew up in Somalia, under strict Islamic control. One day he worked up the courage to contact us after watching a television program about Christ, and he asked, “Who is Jesus?” We explained the person of Jesus to Darain and told him what the Bible says about Christ.

We did not hear from Darain until we checked in on him, asking if he had any more questions. Darain then asked about Jesus’ sacrifices for our sins, and he was convinced that he wanted to accept Jesus as his Savior, but he was afraid. If his family found out, they would kill him. So we told him that his faith with Jesus is something inside his heart and can be kept a secret to keep him safe. Comforted, Darain prayed with us over the phone and gave his life to Christ!

We need to pray for Darain and the other believers like him that live in Somalia. Their faith is a daily decision to trust God in the face of danger!

5 Ways to Pray for Somalia 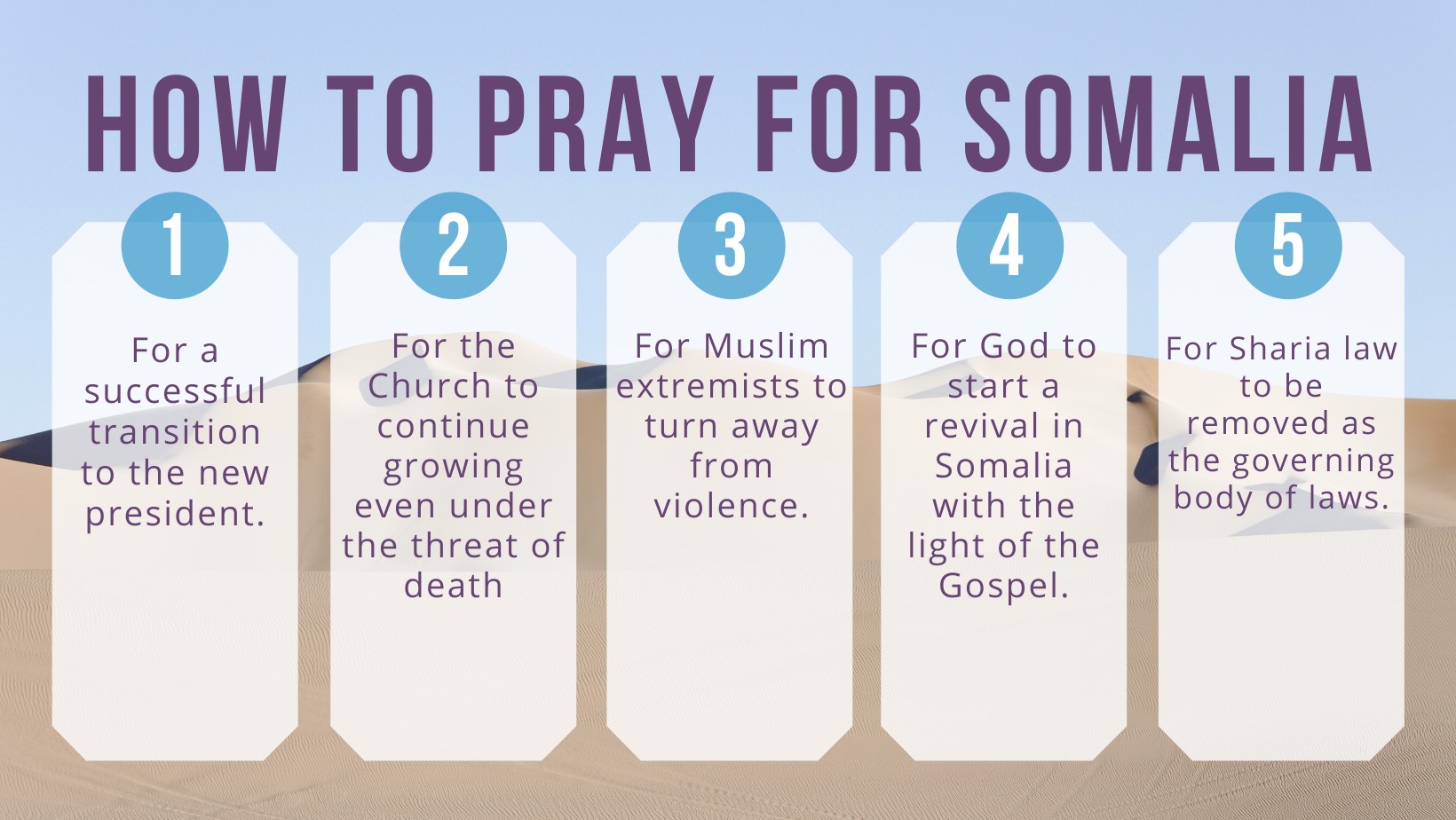 Subscribe to receive 1-2 emails a week with our newest blogs!
Next Read this before you share the Gospel with a Muslim