Pray with Us: India 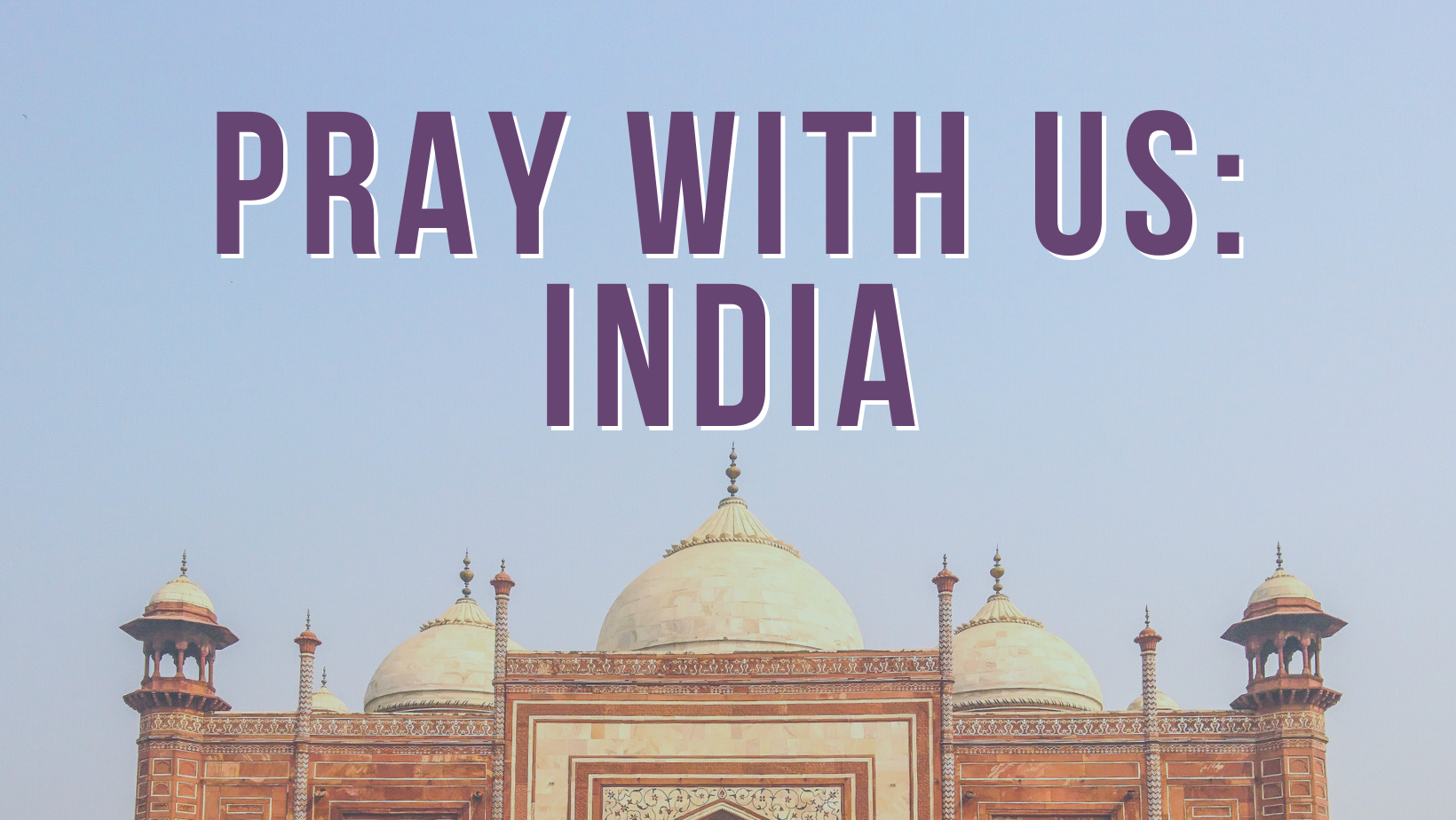 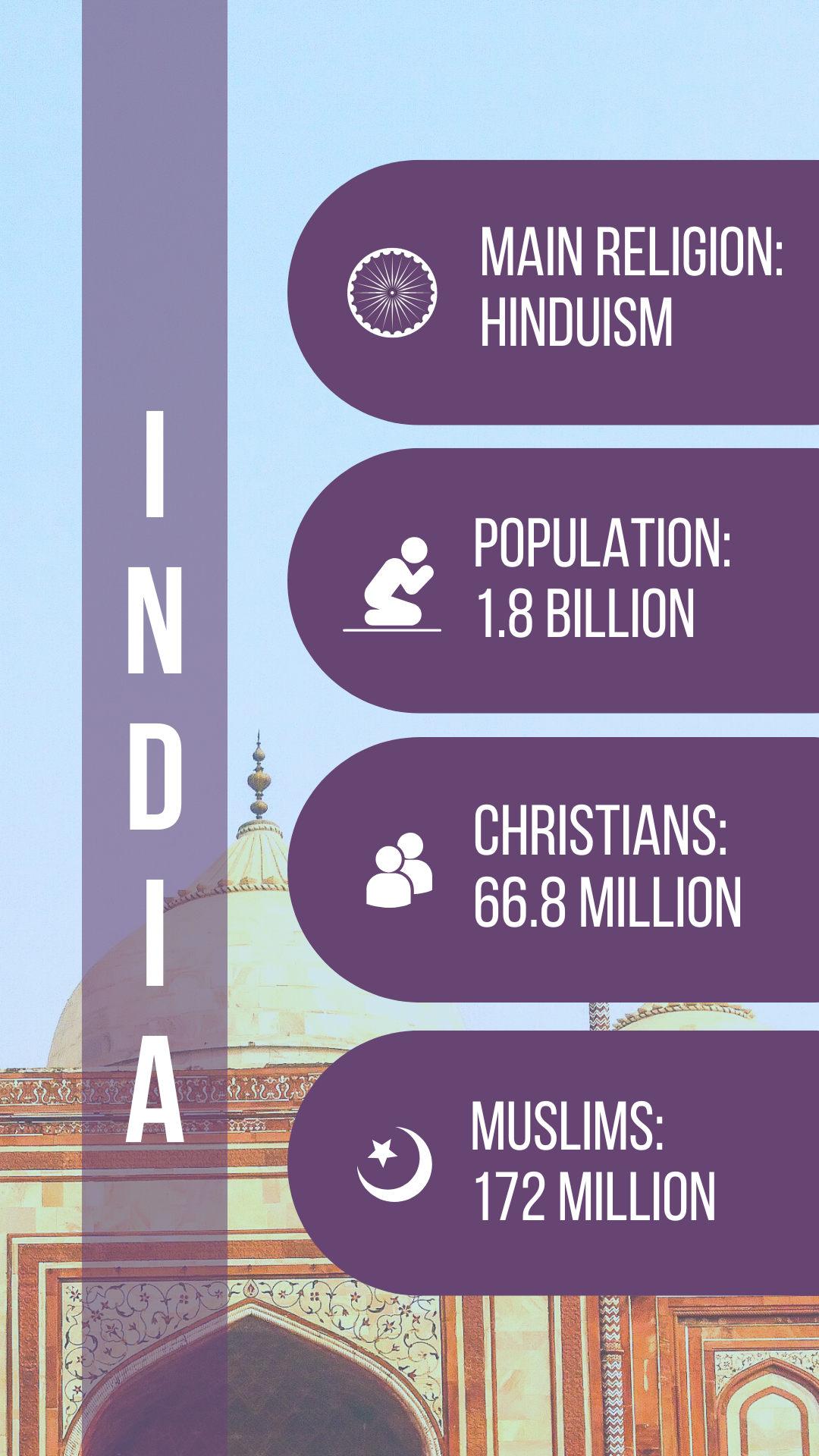 If a Hindu converts to a different religion and others find out, they are put in the lowest caste, which makes it even harder for the Church to grow. In fact, it is illegal to proselytize to (try to convert) a Hindu, so it is extremely dangerous for a Christian to share their faith.

The power of Hinduism in India

As we said in the beginning, the Hindu population is extremely nationalistic and strives to “purify” their country of Christians and other religious minorities– this includes Muslims! A recent example is what happened during COVID-19; Christians were overlooked when distributing aid in an attempt to thin out the Christian population.

Social media has been used as a tool for persecution as well. Christians who are persecuted will have their phones taken away so that they can’t spread the word about their mistreatment. At the same time, the Hindus who persecute Christians will film the attacks and spread it using hateful propaganda to try to incite more violence against the Church.

The biggest source of persecution is the extremely nationalistic Hindu party, Bharatiya Janata Party (BJP), which is in power in many Indian states. The BJP believes that there is no distinction between Hinduism and being Indian, so being Indian and NOT Hindu is unacceptable.

The treatment of women in India is mostly oppressive because of the large populations of Hindus and Muslims. A traditional Hindu or Muslim marriage consists of a woman who is given to a man by her parents, with a dowry, and who is expected to treat her husband like a god. Unfortunately the practice of dowry-giving has often been manipulated to try to garner a larger dowry from the bride’s family by abusing or torturing the bride until her family pays a larger sum of money.

It is no surprise that traditionally, there has been a “son preference” within Indian families, where the sons are given more preferential treatment and rights than a daughter.

Women in India are at a high risk of violence and abuse, whether it is sexual or physical abuse in a marriage, or even the practice of child marriage. India has always been known as an unsafe place for women, and the risk only increases if the woman is not a Hindu.

How to pray for India

Despite all of the persecution in India against the Church, the love of Christ continues to draw new believers. We must pray for our brothers and sisters to continue strong in the fight, and for the country of India to be transformed.

Let us pray for: 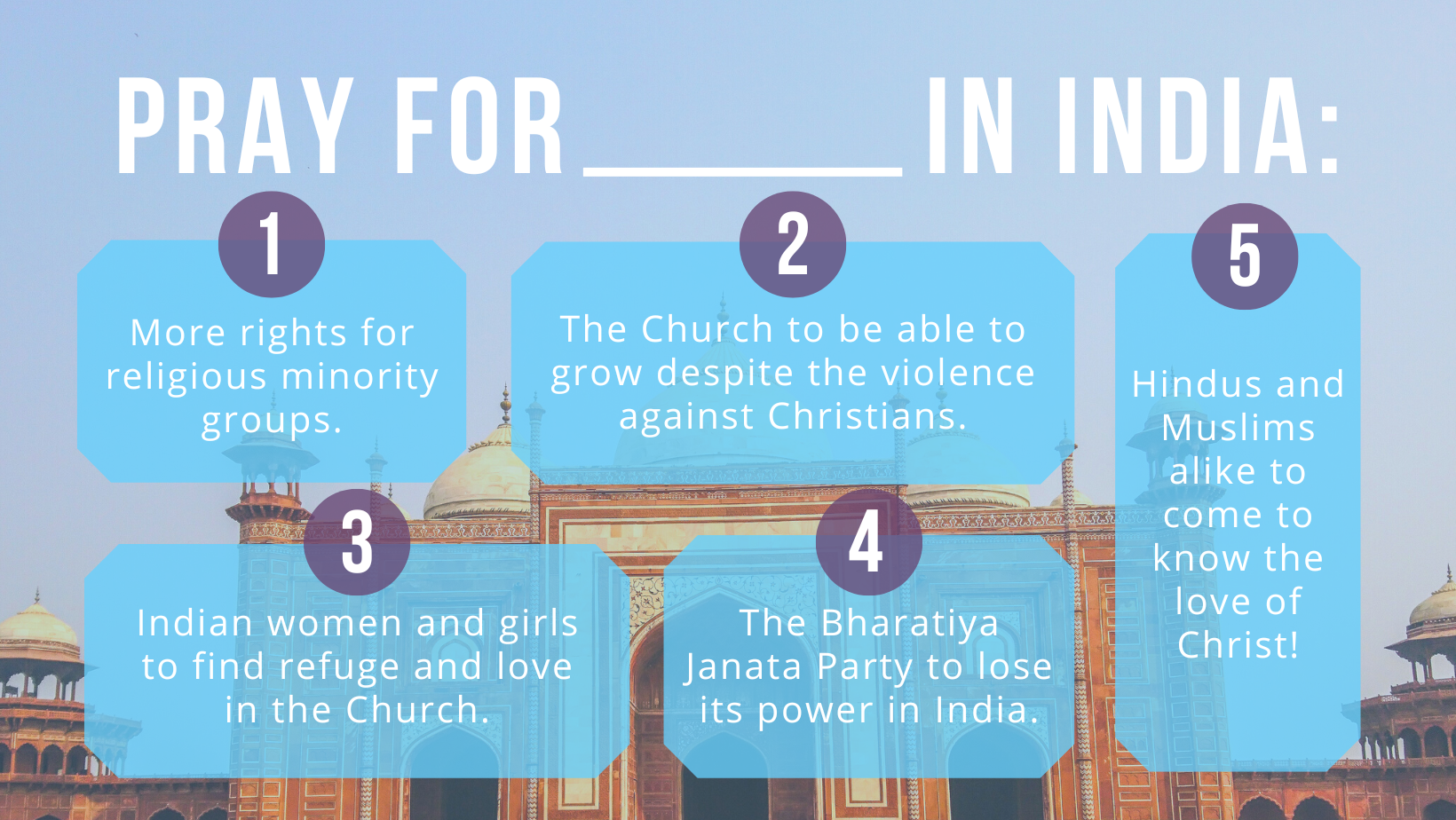 Subscribe to receive 1-2 emails a week with our newest blogs!
Next Cultivating true friendships with Muslims