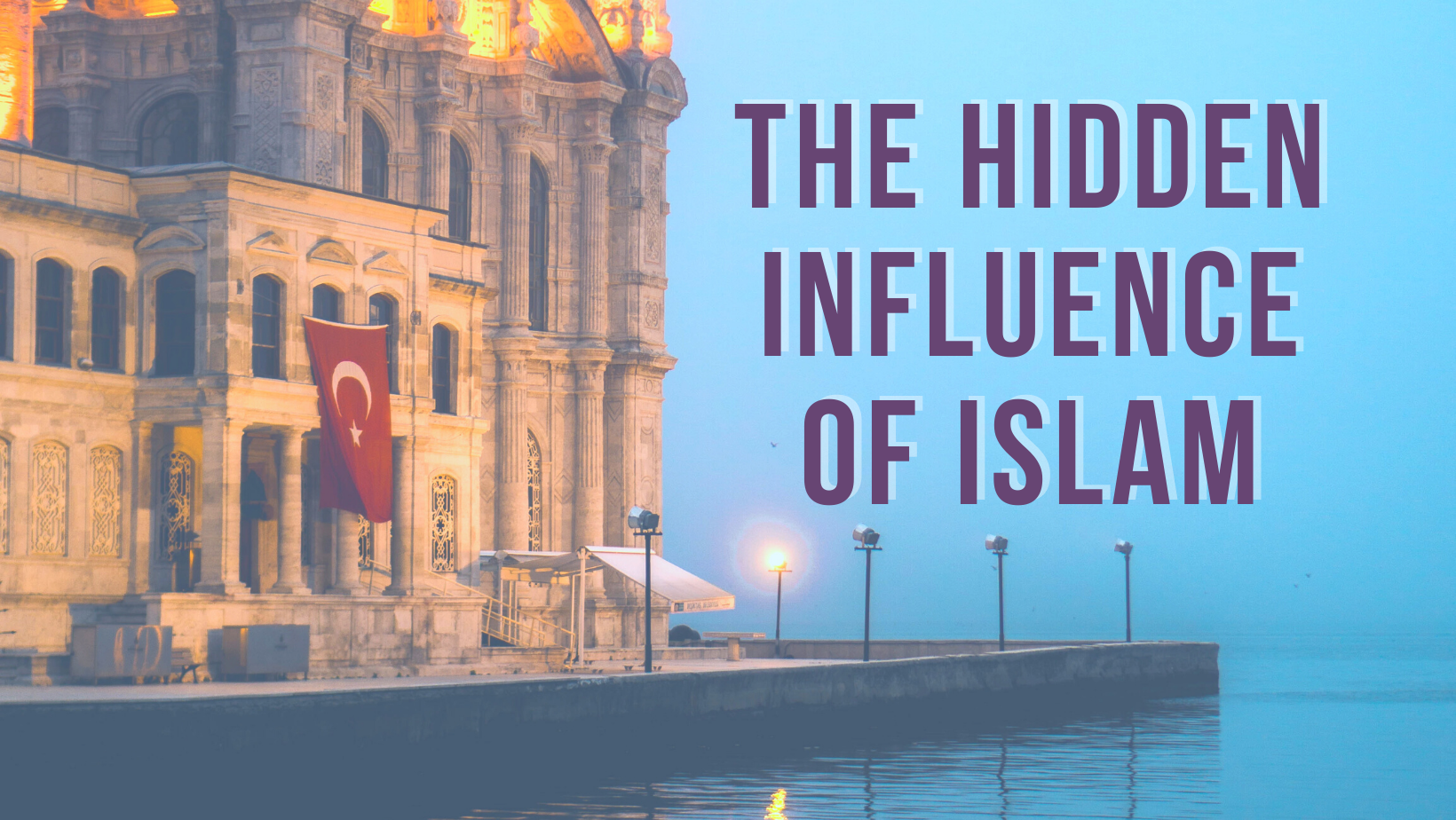 The Hidden Influence of Islam

Islam is more than a religion – it also shapes an individual’s and society’s culture. Halfway through Muhammad’s life, Islam spread through conquering other nations and people groups, and this meant that the culture of those nations would change to match the values of Islam.

Today, Islam is still permeating and influencing cultures, even western ones, but you need to look closely because it is taking place in subtle ways.

The number of mosques has increased in the U.S., from 1,209 in 2000 to 2,769 mosques in 2020. This number does not include a few thousand small communities' prayer Masjids (small mosques).
In 2007, Muslims accounted for 0.8% of the U.S. population, but ten years later were 1.1% of the population. This may seem like a small jump, but in ten years the Muslim population in the U.S. grew by over one million people (Please note that these are very conservative numbers and do not include refugees, college students, illegal immigrants, and workers who do not carry permanent residence in the US).
When you read this next section, it is important to remember that not all Muslims believe in the true strictest form of Islam. Also remember that we are talking about Islam as a whole, not your specific Muslim friends and neighbors.

It is not hard to spot the influence of Islam in countries like Saudi Arabia or Afghanistan. Before Islam was in control of these two countries and all current Islamic countries, these regions were religiously diverse. There was a mix of cultures and beliefs that Islam pushed out over the centuries, including Zoastriansim, Hinduism, Buddhism, Judaism, and Christianity. Now, most  countries ruled by Islam have no tolerance for other religions.

The Flag of Tolerance and Peace

Today's western culture’s tagline could be summarized by one word: tolerance. Islam is flourishing in this culture with minimal resistance, even though Islam itself is intolerant of other religions and social practices.
The truth is that Islam is exploiting this tolerance ideology to further its goals and values in most European and North American countries. For example, no one is allowed to question the teachings of Islam, the Quran, or the life of Muhammad without being bashed, silenced, or even killed! The U.S. courts are filled with lawsuits initiated by Islamic non-profits such as CAIR. They search for and represent Muslim businesses and individuals who seek to challenge current laws to serve their own agendas, whether that is adhering to Shari'a Law or pushing a pro-Islamic curriculum in schools or universities.
And though your Muslim neighbors may not follow this particular and clear teaching of Islam, we cannot overlook Surah 5:33 in the Quran that says anyone who “wages war against” Allah will be killed or Surah 9:5 that says to kill those who do not convert to Islam. This is the true Islam that Muhammad himself modeled and commanded in the last ten years of his life.
Your Muslim friend may ask, “Well, your God ordered the Israelites to wipe out entire nations. How is that any different from what my prophet did?” This is a good question, but we have an answer! The Lord only ordered the Israelites to kill the worst of nations, like the Canaanites who were sacrificing their babies alive to their idols, as a punishment, not as a means to convert them.
Islam forced itself on countless nations during its fourteen centuries, but currently, it uses a different approach to avoid resistance. It introduces itself into a new culture as a religion of peace until the time where it has enough power and followers. This is when Islamic conservatives/extremists introduce true Islamic laws and regulations. While you may think this is “too extreme” or impossible, just reflect on the recent events in Afghanistan, or the cities where the Islamic state is in control, or even life in Muslim populated Detroit, Michigan where the government cannot protect a wife from her husband who beats her up because of his claim that "this is his religious right."

Why you should know this

As true Christ followers, we are called to be wise and able to discern what Satan tries to do to stop people from knowing the true God.
We are also called to reject sinful and evil ideologies and embrace a biblical worldview in our lives, relationships, and ministry. The Bible teaches us to hate sin but love sinners. In the same way, we should reject any ideology or religion that leads people away from the Lord. Islam and tolerance are both unbiblical. Why? Because we are called to love people, not just tolerate them. And we are called to reject Islamic teachings and practices that lead its adherents to eternal separation from God. We do all this with compassion and agape love, and we always seek wisdom from above as we share the good news of Jesus.
Islam and culture Islam and society how is Islam different from western culture Islamic Influence

Subscribe to receive 1-2 emails a week with our newest blogs!
Next Why you need to pray over your Muslim friends during Ramadan