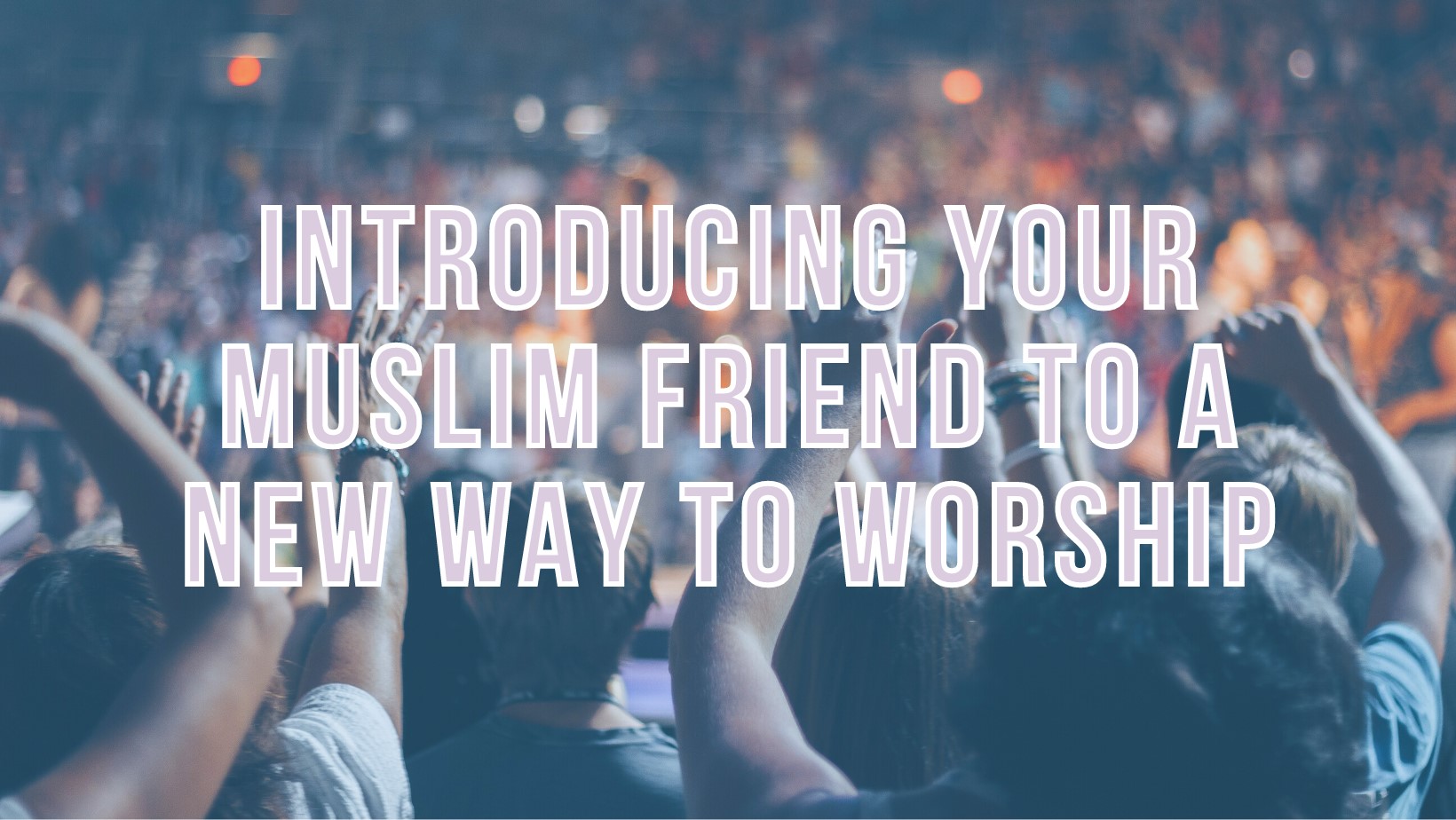 Introducing your Muslim friend to a new way to worship

Whether you are someone who raises their hands and cries during worship times in a church service or you’d rather just listen to the words and sing in your heart, worship is something you probably are familiar with as a Christian.

For a true follower of Christ, worship is so much more than the typical praise and singing; it involves our thoughts and actions throughout our day-to-day life, which we persistently work on devoting to our Lord. Today, we want to focus on worship through music because it is not a familiar practice to your Muslim friends.

There are 5 pillars to the Islamic faith: prayer, fasting, charity, pilgrimage, and the confession of faith. Other than believing in Allah, Muhammad, and the Quran, faith and worship in Islam is defined by works – the five pillars. The completion of these actions define a person in Allah’s eyes and are how a person can please Allah and get into paradise.

There are a few minor sects in Islam who believe that chanting brings the presence of Allah to the person or group. But these sects are considered cults by the two major sects, Sunni and Shi'a. In fact, the most conservative Sunnis and Shiites teach that music is haram (sinful) and a devout Muslim should never listen to music or play an instrument.

That's why the idea of praise and music in worshiping is completely foreign to your Muslim friend. They don’t have anything like it in their mosques, except for the recitation of prayers from the Quran in Arabic which sounds like chanting.

Worship in the Church- Purpose

Praise and worship has been a part of the body of Christ for centuries. Even the early Christian church had songs and worship practices to honor God and focus on His character and love. The Old Testament is filled with songs of worship, starting from Miriam, Moses' sister. Worship is a key part of our faith and relationship with Jesus. And heaven will be a place filled with music, singing, and worshiping God (Revelation 15:4).

We are called to worship God because of who He is and what He has done for us. It can include thanking Him, rejoicing in His attributes, and committing time to focus on God rather than ourselves.

Worship in the Church- Method

Most Christian churches in America have a part of their service every Sunday devoted to praise and worship. Whether it is contemporary worship songs or centuries' old hymns, lifting up our voices in song as one body allows believers to worship God together.

The entire book of Psalms can be used as an example of worship, as most of them would have been sung. King David, who composed a large number of the Psalms, was a talented musician. Some of our contemporary worship songs today get lyrical inspiration from Scripture, both the Old and New Testament.

God called His people to a day of rest, the Sabbath, that the church now calls our day of worship and rest. Christians, both men and women, worship together on Sundays with prayer, praise, and time together as one body of Christ.

Day of Worship in Islam

Islam has a similar concept as the Sabbath. Fridays are considered sacred days because it is believed that the greatest verses in the Quran were given to Muhammad on Fridays. On top of that, Islam believes that the final judgment of humanity will take place on a Friday.

Every Friday at noon, congregational prayer is held in mosques and all Muslim men are expected to attend. As always, the prayer is quoting the Quran in Arabic, even if the Muslim does not speak Arabic.

If your Muslim friend has expressed interest or curiosity into the topic of praise and worship, see if they would be willing to come to a church service with you to experience it. Tell them what to expect ahead of time, and take time afterwards to see what they thought.

If your friend is not ready to attend church with you or if you want to open up a conversation about the topic, ask them questions:

Dear Jesus, thank you for desiring a relationship with me that is more than rituals and rules. I love coming into Your presence in worship. Please open up my friend’s eyes to your true character so that they can worship you as well. Give them a desire to come into Your presence and worship and to seek You earnestly. Amen.

Subscribe to receive 1-2 emails a week with our newest blogs!
Next The Uncomfortable Conversation: Talking with your Muslim friends about Jihad and Sharia Law