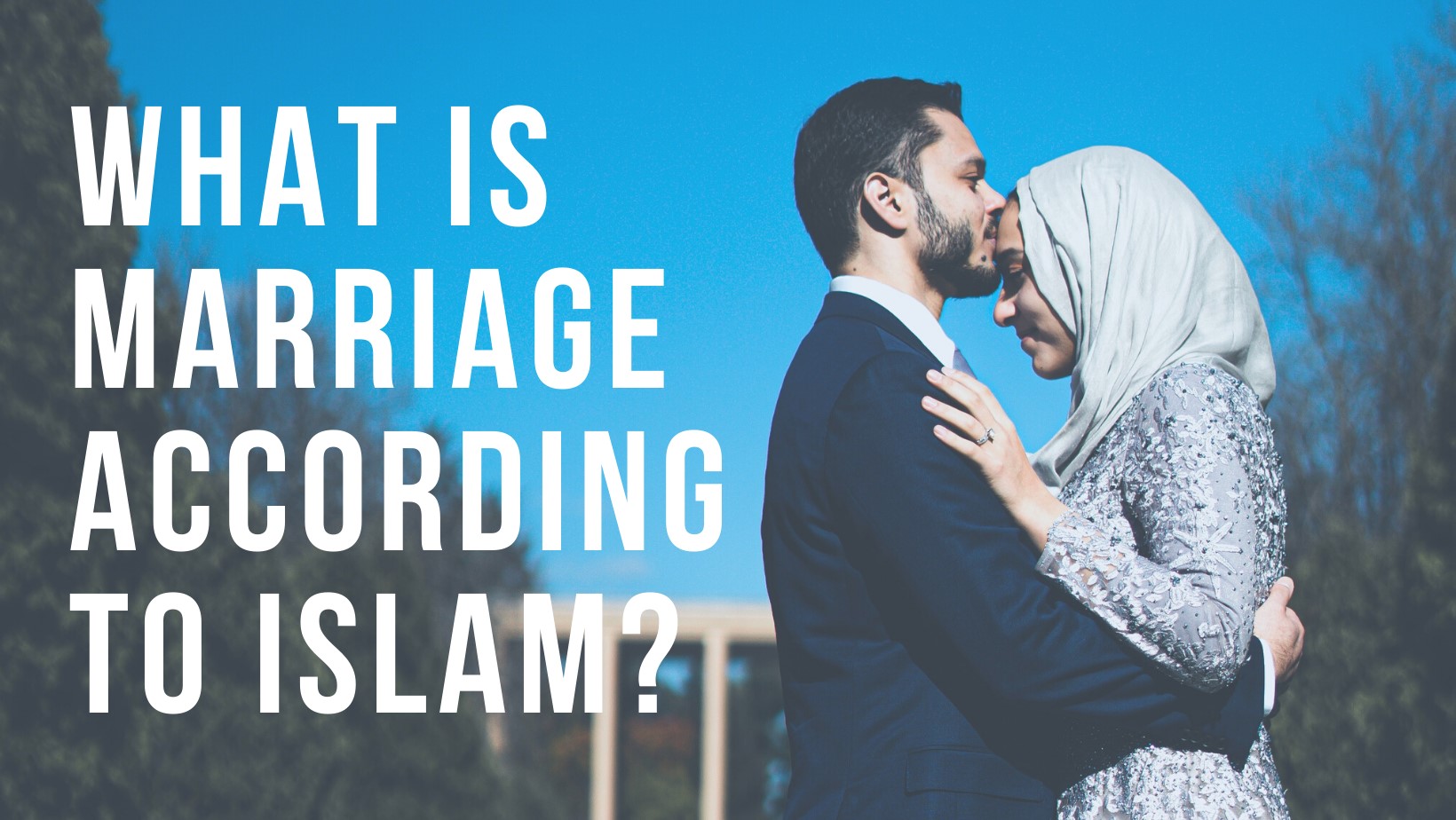 What is marriage according to Islam?

By Call of Love Ministries On May 12, 2022 Category Islam Beliefs
Share:

Marriage is a milestone in life that is treated differently in every culture and religion around the world. A marriage starts a new family and a new life with a partner.

So what is the difference between how marriage is set up in Islam versus how we approach it in Christianity?

Framework of Marriage in Islam

In Islam, polygamy is a normal practice. A Muslim man can marry up to four women at the same time, as long as he is able to financially provide for them. In addition to these four wives, the Quran allows men to take concubines from among captives and slaves, and Muslim men are allowed temporary marriages to fulfill their needs when traveling. Muhammad was the only man who was given a special privilege from Allah to have as many women as he desired. When he died at age 62 he had 13 wives.

Shari'a law dictates that marriage is a contract of ownership between the husband and the bride’s guardian (usually her father). The responsibility of taking care of the woman passes from her family to the husband. The contract includes the amount the groom will pay as a dowry for the bride's family, the value of the gold he gifts her, and the amount he will pay if he divorces her.

Marriage is almost mandatory in Islam. Muhammad encouraged his followers to never stay single. His intention was to expand Islam and keep it growing throughout the centuries through childbirth. This is why Islam grows so much more than other religions, because it is a duty for all Muslims to get married and birth more Muslims.

“If you fear you might fail to give orphan women their due rights if you were to marry them, then marry other women of your choice—two, three, or four. But if you are afraid you will fail to maintain justice, then content yourselves with one or those bondwomen in your possession. This way you are less likely to commit injustice. Give women you wed their due dowries graciously. But if they waive some of it willingly, then you may enjoy it freely with a clear conscience.”

“Also forbidden are married women—except female captives in your possession.”

Framework of Marriage in Christianity

Marriage is a covenant in front of God between one man and one woman . Love, unity, and sacrificial giving from both spouses are the basis of the marriage covenant. The husband and wife become one flesh; there is no allowance for additional spouses or sexual relationships in the Bible  as it goes against the basis of marriage. In fact, Jesus Himself confirmed that marriage is supposed to be between one man and one woman, just like God dictated in Genesis. In the Old Testament, when men practiced polygamy, it was not in agreement with God's intention of marriage when He first created Adam and Eve. In the same way Moses allowed divorce for the Israelites because of the hardness of their hearts, God did not punish those who did practice polygamy. But the Bible is clear that marriage is between one man and one woman. Jesus affirmed this as well.

“And He answered and said, “Have you not read that He who created them from the beginning made them male and female, and said, ‘For this reason a man shall leave his father and mother and be joined to his wife, and the two shall become one flesh’? So they are no longer two, but one flesh. What therefore God has joined together, let no man separate.”

The Bible does not give anyone special privileges to have multiple wives like Muhammad was given by Allah, instead, we are all under the same standard. However, there is no requirement to get married; it is an honorable covenant to enter, yet, marriage is not something all Christians must fulfill as we read in 1 Corinthians chapter 7.

Husband and wife relationship in Islam

In Islam, the relationship between a husband and wife is not equal. It is taught that a wife must be managed by her husband because she is a weaker creature. She is referred to as a possession such as gold, silver, cattle, and land. A woman is considered to be at the mercy of her husband’s physical and sexual needs.. A husband is also told to discipline and beat his wives when they disobey him or do not please him.

“As for those [women] from whom ye fear rebellion, admonish them and banish them to beds apart, and scourge [beat] them.” Quran 4:34

Husband and wife relationship in Christianity

A husband is to love his wife as much as he loves his own body and as much as Jesus loved the Church. Women are called to respect their husbands and honor them as the leaders of the family which happens naturally when a man loves his wife sacrificially. These verses show what a healthy marriage looks like from both sides.

“Husbands, love your wives, just as Christ also loved the church and gave Himself up for her.” Ephesians 5:25

“Nevertheless, each individual among you also is to love his own wife even as himself, and the wife must see to it that she respects her husband.” Ephesians 5:33

Men are told to not be harsh with their wives (Colossians 3:19), and to love them sacrificially. This directly opposes the marriage relationship in Islam, where a husband can discipline his wife if she is disobedient. Instead, a Christian marriage is about equal sacrifice, love, and being on the same team.

Starting a conversation about Marriage

When you are in a conversation about marriage, it is important to remember that a Christian marriage is supposed to mirror Christ’s relationship with us. This means we also can share the Gospel and Christ’s love with them when we talk about marriage and live out a Christ-like marriage in front of them.

The majority of this blog post is taken from our book, The Simple Truth, by Samya Johnson.

Subscribe to receive 1-2 emails a week with our newest blogs!
Next What do Muslims believe about the afterlife?